An effective remedy for regulating your cholesterol naturally

A combination of 2 natural components known for their ability to prevent and reduce blood cholesterol levels (LDL cholesterol) and cardiovascular risk factors.

Our red yeast rice extract contains the quantities of monacolin K needed to reduce bad cholesterol (LDL cholesterol) and the cardiovascular risk factors caused by the formation of atheromatous plaques in the artery walls.

Monacolin K belongs to the statin family: these are substances that inhibit the formation of the enzyme HMG-CoA reductase in the liver, responsible for the production of bad cholesterol.

Green tea contains antioxidant substances from the catechin family, including EGCG (epigallocatechin-3-gallate), which helps increase levels of good cholesterol (HDL), while reducing levels of bad cholesterol and protecting blood vessels from inflammations such as osteoarthritis and atheromatous plaques. It helps lower blood pressure and reduces cardiovascular and obesity risk factors.

Cholesterol is the body’s primary sterol and is found within lipoproteins, cell membranes, steroid hormones and bile acids. It is obtained exogenously through food and metabolised endogenously by the body.

A diet high in saturated fats, a sedentary lifestyle, a stressful environment and bad habits such as alcohol and tobacco harden the arteries and overload the heart. The synergy of organic red yeast rice and organic green tea offers a natural alternative to fight against atherosclerosis, lowering cholesterol and cardiovascular risk factors.

Red yeast rice is obtained by fermenting the yeast Monascus purpureus on the rice grain.  The resultant product is dehydrated and sieved to create a fine powder.

Red yeast rice contains monacolins; a family of 14 compounds. One of them, monacolin K, acts as a powerful inhibitor of HMG-CoA reductase, the enzyme responsible for the hepatic synthesis of cholesterol. Our organic red yeast rice is certified by ECOCERT and standardised to contain 1.6% monacolin K.

Green tea is obtained from the Camellia sinensis plant, whose leaves are picked fresh, and unlike other teas do not undergo a fermentation process, preventing the loss of antioxidants such as polyphenols, catechins and EGCG. This makes green tea one of the most powerful antioxidant plants.

Organic green tea extract contains a minimum of 45% polyphenols, 25% catechins and 7% EGCG, substances with hypocholesterolemic, hypotensive and slimming properties that reduce the risk of cardiovascular disease.

7. Effect of green tea catechins with or without caffeine on anthropometric measures: a systematic review and meta-analysis. Phung OJ, et al. Am J Clin Nutr. 2010

Store in a cool, dry place away from sunlight.

This dietary supplement is manufactured by a GMP-compliant laboratory. GMPs are the Good Manufacturing Practice guidelines in force in the European pharmaceutical industry. 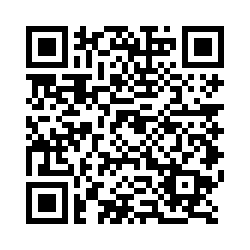