To reinforce the organism's natural defences against flu-like conditions and seasonal allergies.

Echinacea is traditionally used for its immunostimulant qualities.

This plant is used for coughs, colds, flu and bronchitis.

It is an adaptogenic plant that enhances the organism’s resistance by stimulating the immune system.

Our complex of echinacea is cleverly proportioned to contain echinacosides and chicoric acid at the same time, providing maximum efficacy.

Echinacea is a Central North American plant whose flowers resemble slightly tousled marguerites (whence its name, echinos in Greek meaning hedgehog). Its roots were used by the American Indians (Sioux, Comanches) as an external application to treat wounds, insect stings and snake bites. They also used to chew it to combat toothache and sore throats.

There are several species in existence whose composition of active constituents varies slightly.

Today, numerous studies have confirmed its efficacy. It has proved to be particularly valuable in cases of coughs, colds, flu and bronchitis.

In conclusion, the association of Echinacea purpurea and Echinacea angustifolia apparently had a beneficial and fortifying effect against winter afflictions (flu, chills, colds etc.) by reducing the frequency and intensity of the symptoms.

2 capsules a day, with half a glass of water at mealtimes.

Does not replace a varied and balanced diet and a healthy lifestyle. If you are undergoing medical treatment, seek your therapist’s advice. For adult use only. Keep out of the reach of young children.

This food supplement is manufactured in a laboratory in accordance with GMP standards (GMPs are Good Manufacturing Practices in force in the European pharmaceutical industry).

The active principles content is guaranteed by regular analyses that are available for consultation on-line.


The labelling of our products complies with Regulation (EU) No 1169/2011 of the European Parliament and of the Council of 25 October 2011 and its subsequent amendments, with the aim of ensuring a high level of consumer protection in relation to food information. 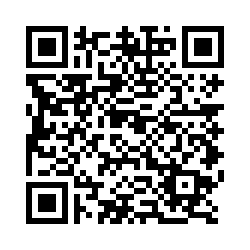