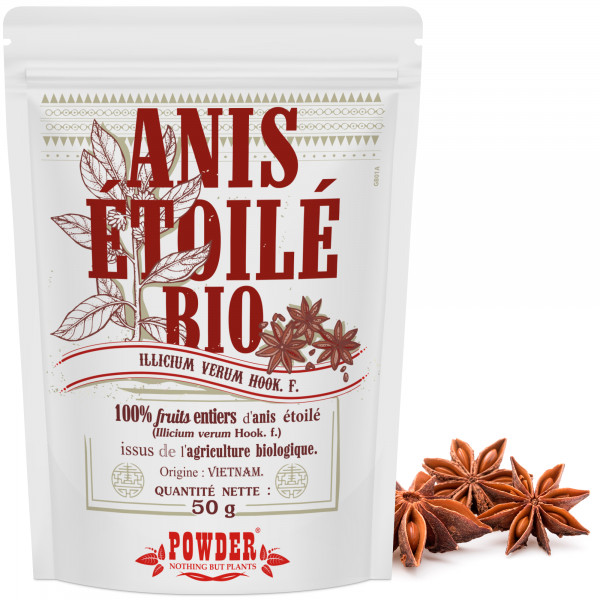 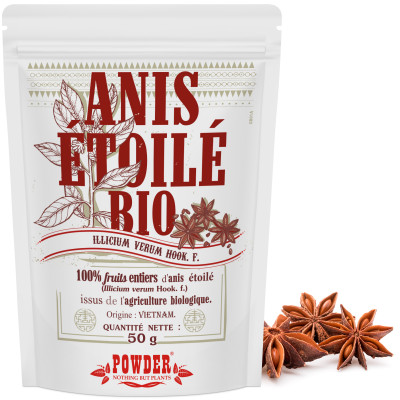 All the way from Vietnam, we bring you an incredible spice that has been used for centuries: star anise. Also known as badiam or Illicium verum (Hook. f.), star anise is a classic ingredient in fine confectionery and the best teterías (Moorish tea rooms). Its attractive aroma and sweet taste will enhance your recipes and infusions. 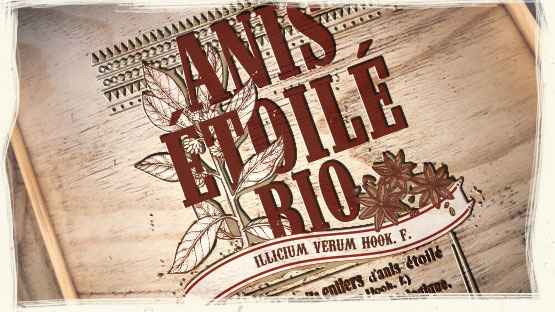 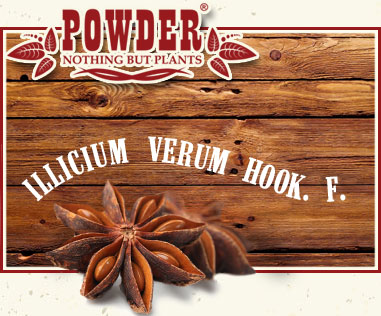 This flavoursome spice has numerous properties including digestive and expectorant qualities.

Enhance the taste of your recipes with the sweet and heady aroma of our organic star anise!

Star anise or badiam (Illicium verum Hook. f., Schisandraceae family) is native to southwest China and northwest Vietnam (1), where it has been grown since 2000 BC. (2). It is an evergreen tree that can grow up to 4 metres tall. Its flowers are yellowish or pinkish green and its fragrant fruit is star-shaped (3).

Although it has a similar smell, due to its anethole content (2), it should not be confused with aniseed (Pimpinella anisum L.), a spice belonging to a different botanical family (Apiaceae). 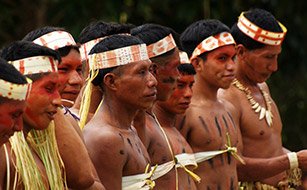 For centuries, star anise has been used (1) for numerous inflammatory conditions (skin inflammation and rheumatism), stomach pain, vomiting and insomnia (4). Traditional Chinese medicine also recommends it as a powerful stimulant, expectorant and aphrodisiac, and in infusions in case of rheumatism (2).

Star anise continues to be a spice widely used. Rich in shikimic acid, it is a primary precursor in the production of anti-influenza drugs (2). It is also a popular flavouring agent for drinks and pastries.

Its anti-inflammatory compounds include linoleic acid, palmitic acid and components of its essential oil, such as trans-anethole and anisaldehyde (4).

It is an essential ingredient in cooking, and will give a spicy touch to mains and desserts, whether alone or combined with other spices. For example, star anise goes very well with cinnamon. An indispensable ingredient in Chinese and Indian cuisine, it is one of the famous Chinese five spices (the others are cloves, Chinese cinnamon, Sichuan pepper and fennel seeds) (2). Below, Anastore suggests two of the many available recipes that use this aromatic spice.

We recommend using star anise in infusions, at a dose of 0.5 to 1 g per cup.