Barley (Hordeum vulgare L.) is a cereal that human beings have consumed for thousands of years and is used in the production of flour and drinks such as beer. Currently barley grass (young leaves) is also consumed as it contains a multitude of nutrients and  has been included within those known as green superfoods. 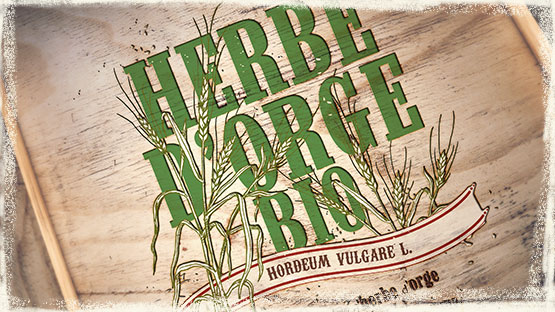 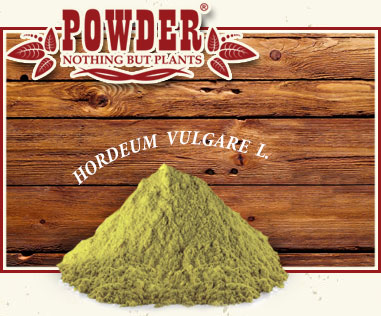 Barley grass is rich in vitamins (folate, pantothenic acid, vitamins B1, B2, B6, C and E), beta carotene and minerals (calcium, copper, iron, potassium and magnesium). It also contains chlorophyll and antioxidant enzymes.

Our powdered organic barley grass is a natural source of antioxidants and nutritional substances! Make your own juices, rich in vitamins and minerals!

Barley (Hordeum vulgare L., family Poaceae) is an annual herbaceous plant with stalks that can reach one metre high and whose leaves are up to 20 cm long, sharp and laminated. The barley flowers group together and end in an angular ear and their fruit or grain is a caryopsis (1).

Cultivation of barley began around the year 8000 B.C. in the Fertile Crescent region (2) and this cereal is used for both the manufacture of flour as well as the production of beer or whisky. 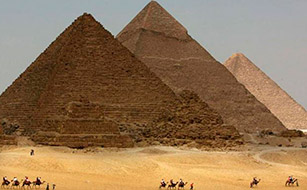 Barley is a cereal that human beings have consumed for thousands of years. In fact, there is evidence of its existence 5000 years ago in the great pyramids of Egypt and it also has been registered in Egyptian and Sumerian texts (2).

Today, apart from the barley grain, the young leaves are also consumed. In these initial stages, there is a concentration of numerous bioactive compounds and preservatives in the plant that are necessary for its correct development and as a defence against adverse climate conditions (3).

Barley grass contains numerous minerals and vitamins: calcium, copper, iron, potassium, magnesium, beta carotene, folate, pantothenic acid, vitamins B1, B2, B6, C and E. Chlorophyll and antioxidant enzymes such as superoxide dismutase and catalase (4) are present too. Also, barley grass is rich in proteins, it contains 8 essential amino acids (5) and antioxidant compounds such as proanthocyanidins (6).

Thanks to its high nutritional values and contents of bioactive compounds, barley grass has multiple benefits, those of which include antioxidant and anti-inflammatory properties (5).

Recommended consumption is between 3 and 5 gr of barley grass a day. It can be mixed with water to make juices, with vegetable drinks or shakes or it can be added to salads.

Amongst the beneficial properties of barley grass, it is said to help in aiding sleep thanks to the content of calcium, magnesium, aminobutyric acid (GABA) and group B vitamins (7). Also, barley grass contains the superoxide dismutase enzyme and the lutonarin and saponarin bioflavonoids, compounds which are potentially beneficial for chronic illnesses (5).

On the other hand, it has been observed that the juice prepared with young barley leaves presents potential anti-ulcerative activity (8) and that the consumption of barley grass can help in improving health of patients with type 2 diabetes. Thus, in a study where the efficiency of barley grass powder for the improvement of health in individuals with type 2 diabetes was evaluated, it concluded that its consumption reduced levels of LDL cholesterol and total cholesterol, as well as levels of glucose on an empty stomach (6).

Recommended consumption is between 3 and 5 gr of barley grass a day. It can be mixed with water to make juices, with vegetable drinks or shakes or it can be added to salads.

Would you like more information about our product? Ask your question here and our team of experts will answer you as soon as possible.
We use cookies to improve your shopping experience and to customise adverts linked to your preferences. We also share information with our social media, advertising and web analytics partners about how you use the website. Configure cookies