Contributes to mental and cognitive activities 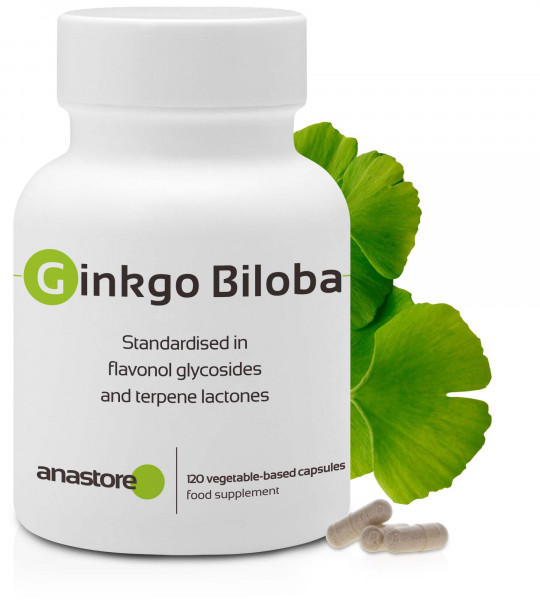 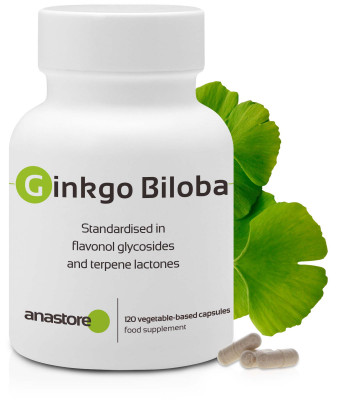 It also significantly improves cognitive function in the over 50s. Its effectiveness is due to the flavonol glycosides and the terpene lactones that it contains.

The flavonoid glycoside and terpene lactone (ginkgolides and bilobalides) content of our gingko biloba exceeds the minimum 24% and 6% required for therapeutic efficacy. This makes it an exceptionally high quality product.

Appearing before the dinosaurs and surviving all climate changes and even nuclear bombs, Gingko biloba (ginkgo from the Chinese words ‘yin’ meaning ‘silver’ and ‘kuo’ meaning ‘fruit’ and biloba describing the characteristic shape of its leaves with two lobes) has had many applications for almost 6 thousand years.

Its effectiveness is due to the flavonol glycosides and terpene lactones that it contains.

Several extracts on the market are only pale imitations of those used in trials (EGb 761 and Li 1370): they are generally standardised in terms of glucoflavonoid content, but not in terms of terpene lactones content. Moreover, capsules or tablets containing only dried leaves, tinctures and non-standardised extracts cannot provide the same doses as these extracts.

Consult your doctor in case of simultaneous use of anticoagulants. Not recommended for people undergoing antidepressive treatment. Do not use in case of pregnant or lactating women. Do not exceed the recommended daily dose.

This dietary supplement is manufactured by a GMP-compliant laboratory (GMPs are the Good Manufacturing Practice guidelines for the European pharmaceutical industry).

The notification of placing on the market of this product has been made under notification number PL 2081/10.