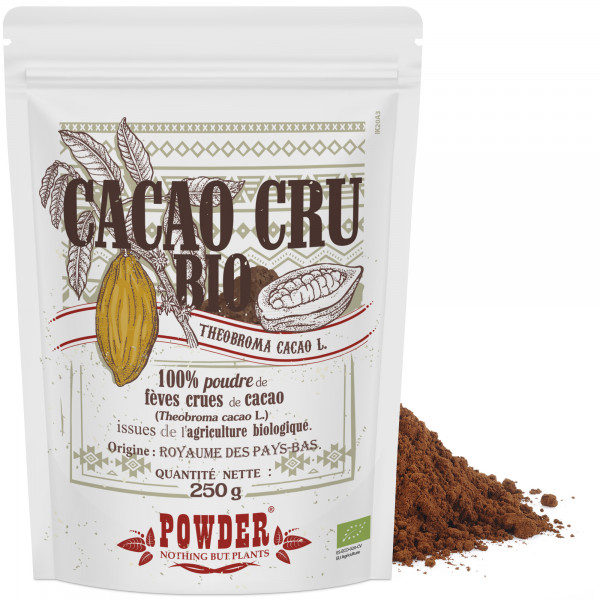 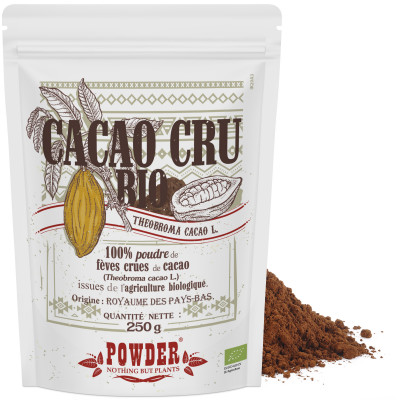 Cocoa is known worldwide as the “food of the gods”. The seeds of the cacao fruit or cacao tree (Theobroma cacao L.) are rich in caffeine and theobromine, alkaloids that stimulate the nervous system. Their high and wide-ranging polyphenol and isoflavone content give them antioxidant, anti-inflammatory and cardioprotective action. 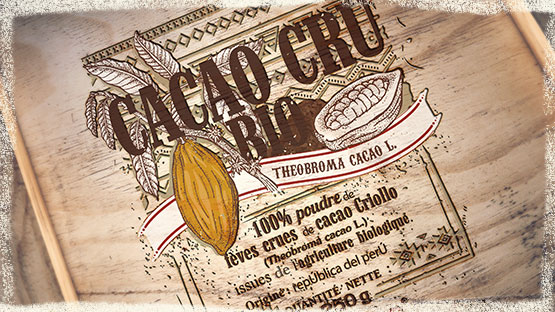 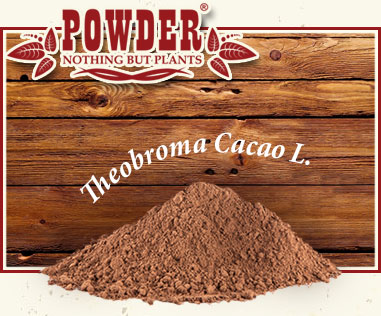 Our unroasted organic raw cacao is the best choice for giving your diet an antioxidant boost and protecting your cardiovascular health!

Cocoa is the seed of the fruit of the cacao or cocoa tree (Theobroma cacao L., Malvaceae family). The cocoa tree is a small Amazonian tree whose fruit contains around 30-40 seeds about 2cm in length, protected by a white pulp or mucilage (1, 2).

The seeds are fermented and dried with the mucilage, and it is these seeds, or raw cocoa beans, that are later used to make chocolate (2). 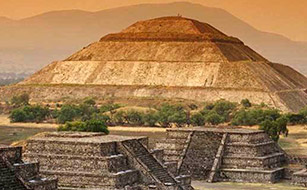 Cocoa is native to Mexico, Nicaragua and Costa Rica, but it was in Mexico that cocoa first became economically important to the Maya and Aztec people, who were the first to domesticate and use it. It was not until the arrival of the Spanish that cocoa cultivation spread throughout South America (4).

According to Mayan mythology, the god Quetzalcoatl discovered cacao on a mountain and gave it to the Mayan people with other food. They thanked him by making sacrifices and offerings to the cacao god, Ek Chuah (5). The Mayan people used cacao in two forms: as beans for offerings and exchanges, or in the preparation of chorote (beverage similar to what we know today as hot chocolate). Interestingly, this drink could only be consumed by men, as it was considered toxic for women and children (4).

The seeds' nutritional composition includes vitamins A, E and some from group B such as folic acid (B9), thiamine (B1) and pyridoxine (B6); and minerals such as potassium, magnesium, phosphorus and calcium (6, 7).

Cocoa beans contain alkaloids that stimulate the central nervous system, mainly theobromine and caffeine. They are also rich in polyphenols, particularly catechins and proanthocyanidins; and provide significant quantities of phytosterols (8). However, the quantity of these compounds reduces during processing (roasting) (9).

Theobromine and caffeine are natural stimulants present in cacao (10). The combination of the two improves mood, response speeds and cognitive capacity.

Cacao also contains polyphenolic compounds that are of great interest, due to their antioxidant, heart-healthy and anti-inflammatory properties (9).

Finally, its isoflavones also have a cardioprotective effect, by reducing blood cholesterol levels (8).

Mix cocoa powder with water, juice, shakes or milk. The powder can also be sprinkled on meals and salads.

The heart-healthy properties of cacao's flavonoids have also been studied extensively: antioxidants, vasodilatory, reducing inflammation, blood pressure and inhibiting platelet activity (12). In vitro studies have suggested that flavonoids can have vascular effects, by improving the dilation of blood vessels (13).

A clinical trial conducted in men and women suggested that theobromine could be responsible for increasing HDL levels in the blood (good cholesterol) (14).

Finally, the phytosterols present in cocoa have been found to have an hypocholesterolemic effect. Recent studies observed a possible blocking effect of phytosterols during the absorption of cholesterol (8).

Mix cocoa powder with water, juice, shakes or milk. The powder can also be sprinkled on meals and salads.