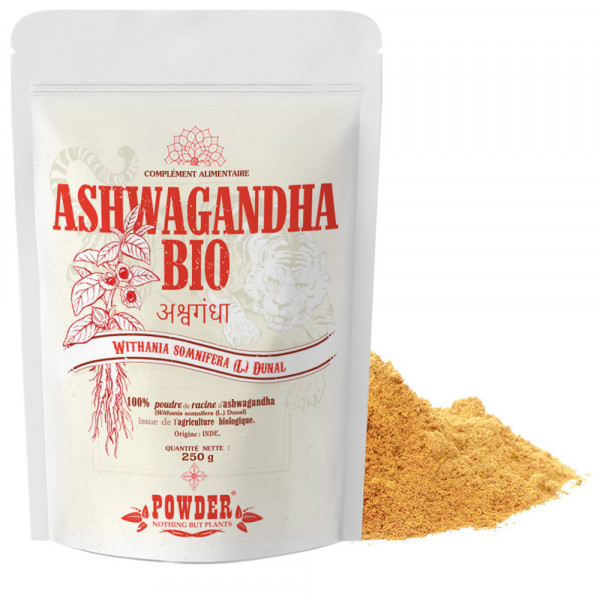 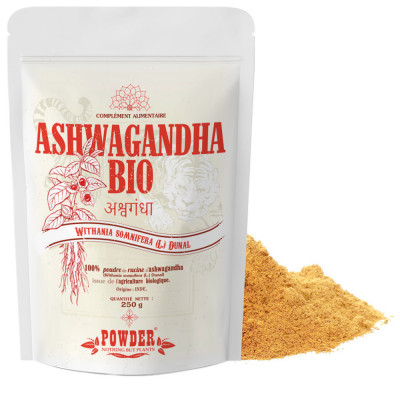 Used for thousands of years in Ayurveda, ashwagandha (Withania somnifera (L.) Dunal) is a Rasayana herb (herbal preparations that promote longevity and health) very valuable for the aphrodisiac, stimulant and rejuvenating properties attributed to it. 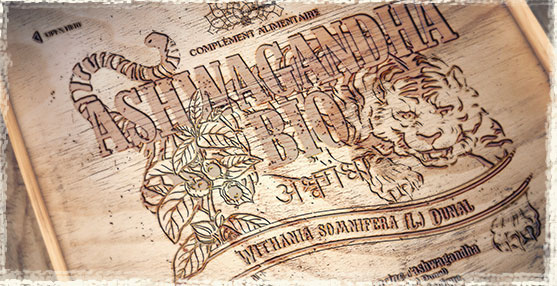 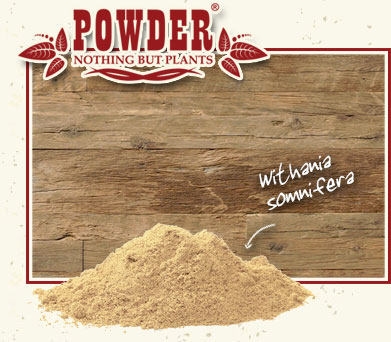 Ashwagandha root is rich in bioactive compounds, among which the withanolides and alkaloids that contribute to the ashwagandha numerous properties.

Also known as Indian ginseng due to its many beneficial effects, ashwagandha is particularly suitable as aphrodisiac, to cope with fatigue and insomnia.

Get to know and include in your diet this ancient plant thanks to our range POWDER!

Ashwagandha (Withania somnifera (L.) Dunal) belongs to the Solanaceae family, is native to India, Pakistan and Sri Lanka and is distributed in North Africa, the Middle East and India. It is a perennial plant that can reach 1.5 m high, its flowers are tiny and its roots are tuberous (1). It has a characteristic odor reminiscent of the horse, in fact its name in Sanskrit (Aswha) means horse, which would mean that its consumption brings the strength of this animal (2). 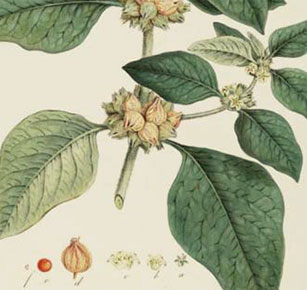 In addition, the root of ashwagandha appears in more than 2000 preparations in Ayurveda, Siddha and Unani medicine to treat various physiological disorders (3).

Ashwagandha root has been used traditionally for nervous excitability, states of anxiety and asthenia (5). In Ayurveda, ashwagandha is attributed powerful aphrodisiac, rejuvenating and life extender proprieties (3). In addition, in Ayurveda, the root of ashwagandha is recommended for rheumatism, states associated with general weakness, memory loss and spermatorrhea (5).

Mix 5 g of powdered root of ashwagandha with water, juice or milk shakes. Ashwagandha powder can also be used to sprinkle on meals and salads.

Ashwagandha is one of the most important plants in Ayurveda and is known as Indian ginseng (6). Thus we have studied their properties as adaptogenic herb and it has been observed that ashwagandha helps protect against different stressors (4) decreases cortisol levels in people undergoing chronic stress (7) and has anxiolytic and antidepressant effect (2).

Moreover, ashwagandha is advised in cases of weakness and fatigue. A study in which an extract of Withania somnifera was given to individuals aged between 18 and 25 years, concluded that those who had consumed ashwagandha extract for 8 weeks improved their physical performance and strength (8). Furthermore, another study found a faster muscle recovery and increased strength in those participants under endurance training who had consumed ashwagandha for two months (9).

In relation to its aphrodisiac properties, a pilot study of women found that ashwagandha root extract may be effective for female sexual dysfunction (7). In addition, it has been associated the adaptogen effect of ashwagandha with its ability to help combat stress-induced male infertility. This effect would be related to the compounds present in the root such as alkaloids, amino acids and agonists in the neurotransmitters GABA* and serotonin (10).

Finally, ashwagandha is also indicated for insomnia due to its effect on the GABAergic system (11). 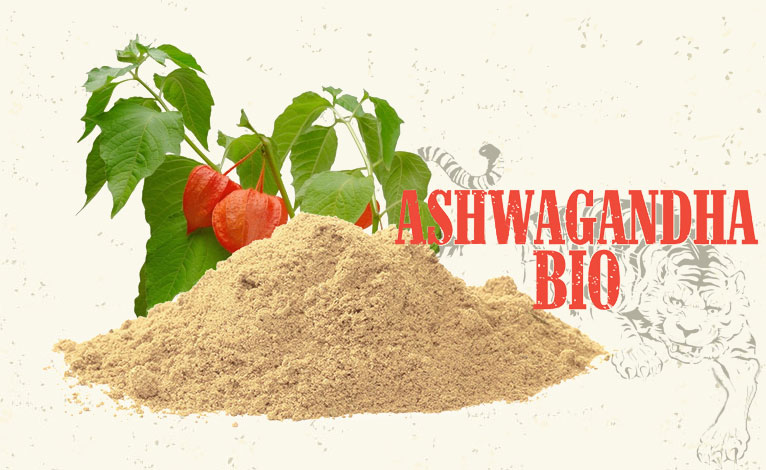 Deposits may occur; this natural phenomenon does not affect product quality. Not recommended for pregnant or lactating women. Do not exceed the recommended daily dose.