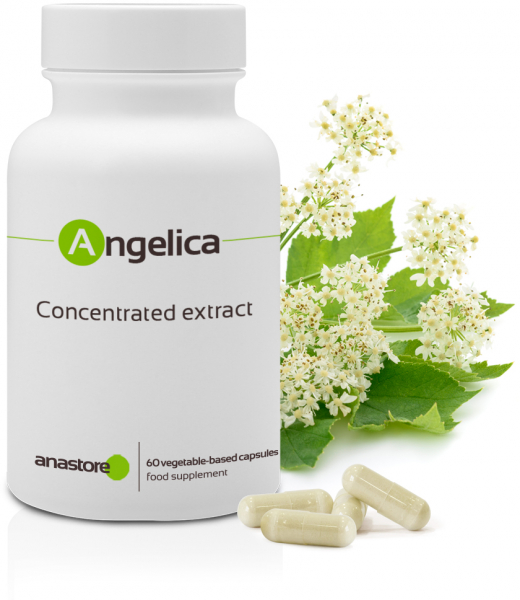 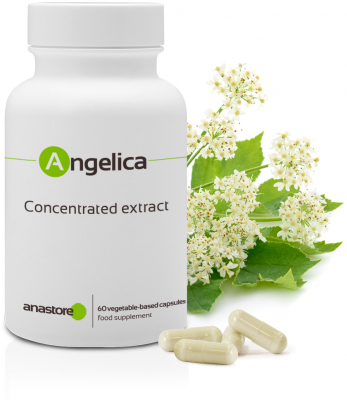 Known as the ‘herb of the angels’, Angelica archangelica has a long tradition in Nordic countries such as Iceland.

Angelica is a plant packed with properties concentrated within its compound roots that are beneficial for alleviating dyspeptic disorders (e.g. mild gastrointestinal spasms, slow digestion), combating indigestion and enhancing wellbeing.

Description and origin
Angelica (Angelica archangelica) belongs to the Apiaceae family (the family to which carrot and anise belong). It is an herbaceous plant with flowers grouped into greenish umbels, and grows up to 2 m high1. It is native to northern and eastern Europe, and North Asia. It is cultivated in several European countries and grows wild in Nordic countries such as Iceland, where it is highly regarded and valued2.

History
Used since ancient times, angelica was believed to have supernatural properties and was used in pagan festivals. During the Middle Ages it was grown in Nordic countries and exported to other parts of Europe2. In addition it's also believed that it may have been used to combat the plague3, and has been used for various gastrointestinal problems and problems associated with menstruation, anxiety, headaches and fever, and topically for rheumatism and skin conditions3, 4.

Benefits
Angelica archangelica root has digestive properties and is recommended for loss of appetite, dyspepsia, meteorism and spasms of the gastroduodenal tract5. It also has anxiolytic activity, is diaphoretic (induces perspiration) and diuretic. It has also been used as an expectorant for bronchial ailments, colds and catarrh6.

Studies/research
Of all Angelica archangelica’s compounds, its furanocoumarins are of particular interest. For example, one study maintains that angelicin gives the plant its digestive and aperitive properties7. Imperatorin affects several memory-related neurotransmitters: it has been found to inhibit the degradation of acetylcholine and gamma-aminobutyric acid (GABA)2, 8. This furanocoumarin also has vasodilatory, antioxidant and anti-inflammatory properties8.
Finally, in addition to its digestive uses, angelica root extract has anxiolytic activity. This activity has been proven in laboratory tests that support the use of this plant in China and India for nervous disorders4.

2 capsules per day divided into two doses, with half a glass of water.