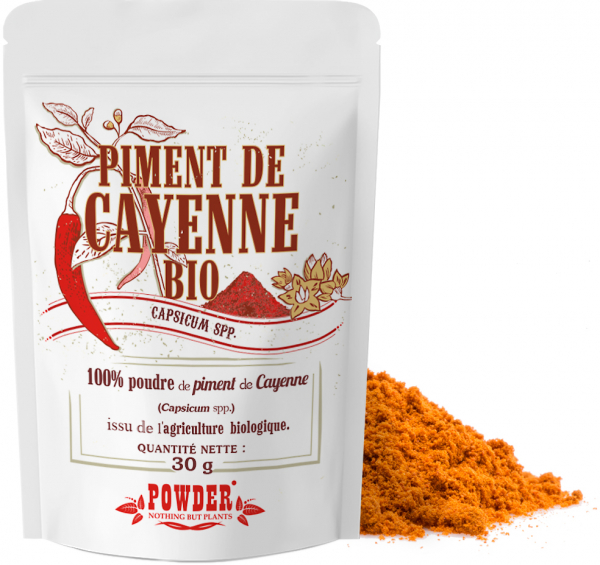 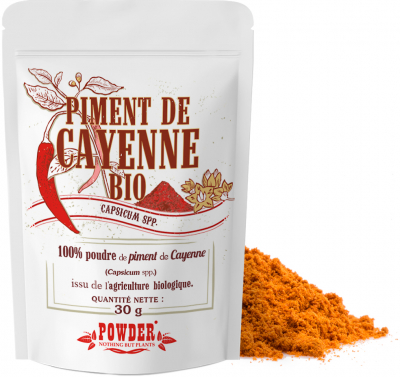 The pepper plant is a hardy evergreen shrub with a maximum height of one metre, with large leaves and green-white flowers. 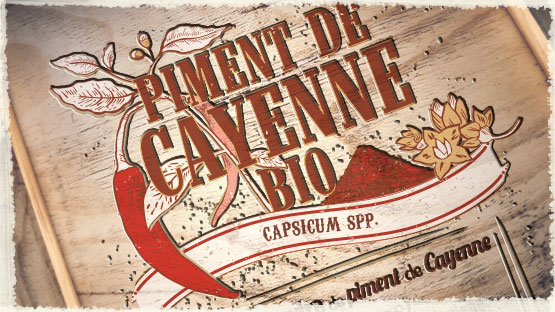 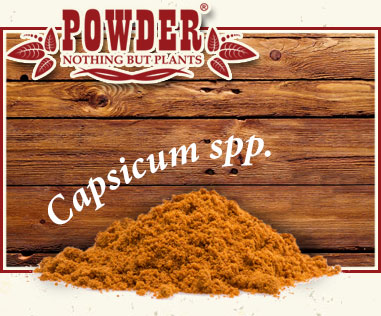 Cayenne pepper is the powder obtained from grinding the ripe and sun-dried fruit of some of its varieties (Capsicum spp.: C. annuum, C. frutescens, etc.). The elongated, fleshy fruit, which is initially green, turns red with maturation and, when it dries, takes on bright tones (1, 2).

With its intense and spicy flavour, the Cayenne pepper is the perfect spice to enhance your recipes.

The pepper tree belongs to the Solanaceae family (which also includes potatoes and aubergines) and the Capsicum genus.

It has more than 50 varieties that form two large groups: the sweet one, such as red peppers, and the spicy one, such as chilli peppers. The pepper tree is cultivated in tropical zones, for example in South American countries, since it cannot withstand winter European frosts.

The name Cayenne alludes to the city of the same name, capital of the overseas department of French Guiana. However, today it is mainly produced in India and Thailand, where it is one of the most common spices (1, 3, 4). 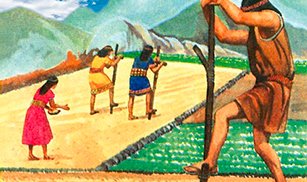 The pepper tree, the plant that produces Cayenne pepper, was one of the first to be domesticated in Central America. It arrived in Europe in 1494, after the second voyage to the Americas by Columbus, who was looking for a substitute for the highly popular black pepper. He found a small fruit with a fiery flavour, which he called Cayenne pepper (3).

Cayenne pepper is a highly prized condiment in modern cuisine. North American skiers and mountaineers used it in socks and gloves to warm up and avoid frostbite, since Cayenne pepper stimulates blood circulation in the limbs (1).

Capsicum fruit contains flavonoids, carotenoids, saponins and capsaicinoids (0-1%), including capsaicin, an amide that gives it its hot spicy taste.

The effect of capsaicin on plasma glucose levels, which are believed to be reduced by promoting insulin synthesis, continues to be investigated (7).

In cooking, it is used to enhance the flavour of meat and fish stews.

Every kitchen, all over the world (Mexico, India, Spain, Thailand, etc.) use Cayenne pepper in their recipes to season a wide range of dishes.

In cooking, it is used to enhance the flavour of meat and fish stews.