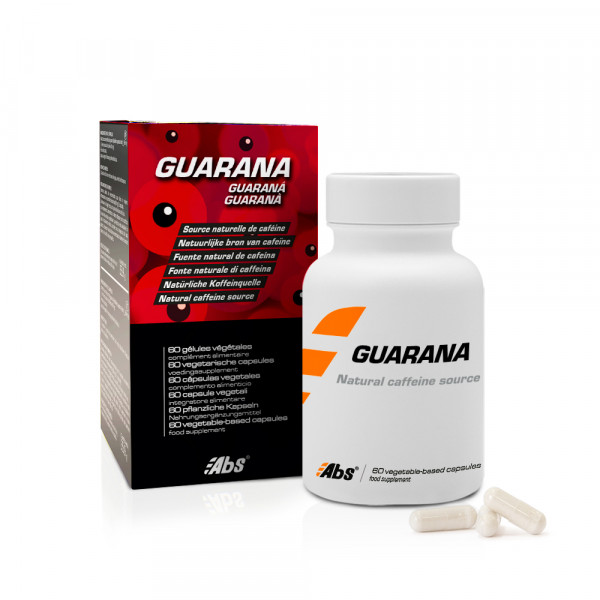 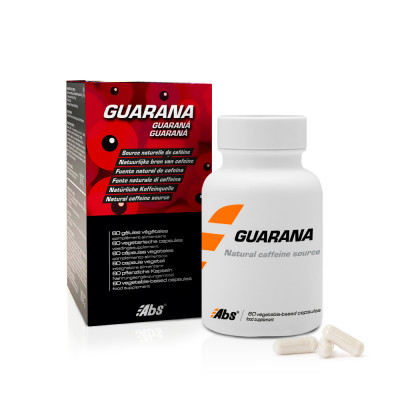 Our guarana seed extract has a standardized natural caffeine content, that is caffeine naturally occurring in guarana, avoiding add synthetic caffeine as most of our competitors.

Guarana is a plant from the Brazilian Amazon, long used by indigenous people for its numerous energising, slimming and antimicrobial properties.

Due to its high tannin content, Guarana is a less abrupt and more lasting stimulant than coffee.  It acts as a neurostimulant and improves brain functions such as learning, memory retention and concentration.

Guarana enhances strength and endurance, and has a tonic effect on the muscles.
This makes it very effective during exam periods, during workload peaks and for athletes training for a competition.

In addition to its energising effects, due to its high natural caffeine content, Guarana also acts as an appetite suppressant and fat burner, by converting fat into energy that can be rapidly used by the body.

Guarana restores strength and vitality and combats fatigue: it stimulates the immune system, making it more resistant to bacterial and viral attack. It also improves sexual function by boosting the libido.

Guarana is the fruit of the Paullinia cupana, a climbing plant native to the Amazon basin, whose name derives from the word “guara-ná”, which in the tupí–guaraní language means “fruit like the eyes of the people”, due to its appearance.

Guarana is a powerful energiser that acts as a central nervous system stimulant, due to its natural caffeine content, which induces the release of adrenaline. Caffeine acts by binding to the brain’s adenosine receptors, where it exerts a peripheral vasodilatory and vasoconstrictive action, increasing wakefulness and the ability to engage in physical exertion, known as ergogenic effects.

The properties of guarana go beyond improving physical fitness. It also acts as an antioxidant2, improving memory retention1 and the overall health of blood vessels3. Recent pharmacological studies also demonstrate a hypoglycemic4 activity that offers benefits in slimming programmes, due to its lipolysis-increasing action, that is, the conversion of the body’s lipid reserves into energy.

Main properties of the product:

2 capsules per day with half a glass of water, before breakfast.

Contains caffeine. Not recommended for children or pregnant or lactating women (80 mg / 2 capsules). Do not exceed the recommended daily dose.