For improvement of brain activity1 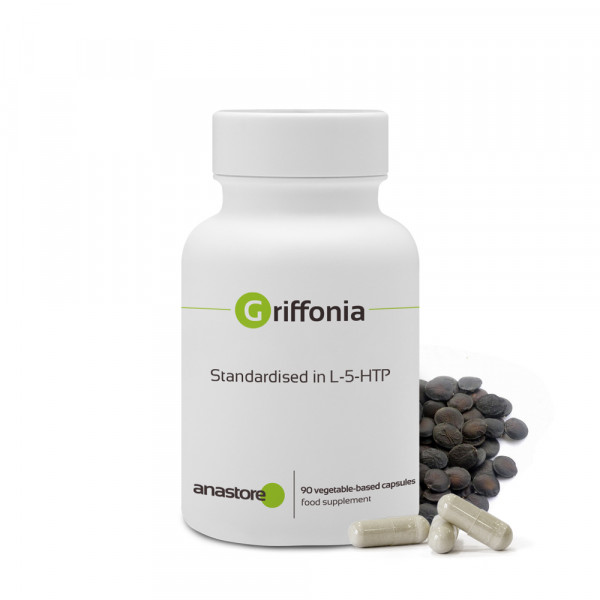 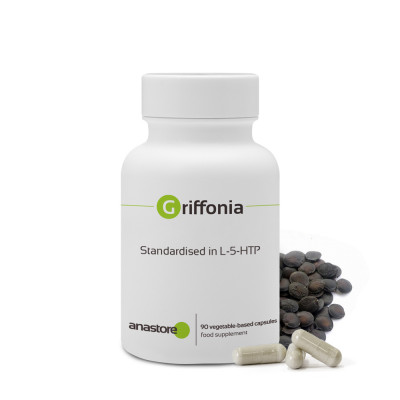 Serotonin is involved in sleep as well as managing stress, stimulating its production reduces states of depression or anxiety and helps you find quality sleep again.

Serotonin is one of the principal neuro-transmitters of the brain. It is notably active in sleep as a precursor of melatonin as well as for the management of stress. With age, serotonin production declines. In addition, daily stress can also reduce its level leading to moods of depression, fatigue, anxiety and insomnia.

The L-5-HTP found in Griffonia simplicifolia is the same amino acid which our body produces naturally. It is vital for the regular replenishment of serotonin and can reduce anxiousness and depression without any aggressive effect on the brain’s natural functioning, in contrast to synthetic anti-depressants. The latter effectively block the natural “re-capture” of serotonin by cerebral synapses, which lead to certain aggravating side-effects such as changes in blood-pressure, palpitations, constipation, nausea and headaches, not to mention the possibility of dependence. Griffonia is shown to be as efficient as synthetic anxiolytics and anti-depressants but without causing any side-effects.

Several studies also show that L-5-HTP can contribute to a reduction in the frequency and intensity of headaches.

L-5-HTP also acts as an appetite suppressant and can be helpful in following a weight-loss diet since serotonin is active in appetite inhibition for glucidic foodstuffs, which are rich in calories.

3 capsules per day divided into three doses with half a glass of water, before mealtimes.

This food supplement is manufactured in accordance with GMPs according to current pharmaceutical standards. GMPs are the Good Manufacturing Practices of the European Pharmaceutical Industry.

The active ingredient content is guaranteed through regular analyses.