Standardised to contain 5% rosavins and 2% salidrosides 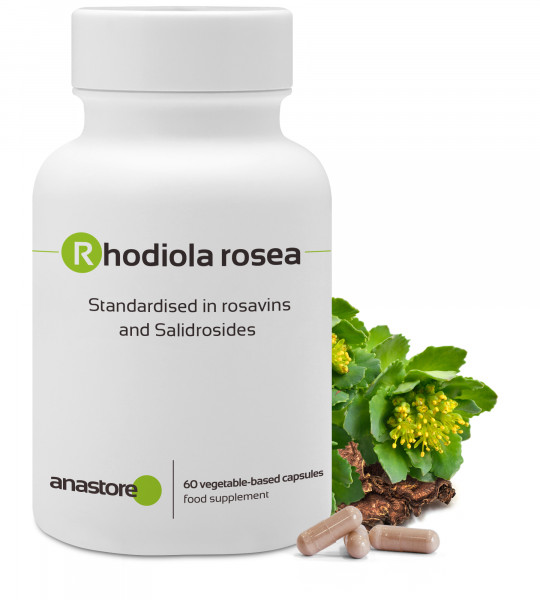 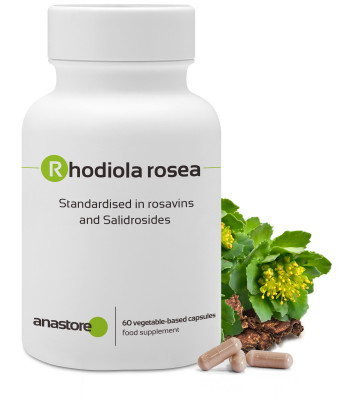 Rhodiola rosea has extraordinary health regeneration properties and its effectiveness in regulating the body and adapting to situations of particular mental fatigue make this plant – standardised to contain 5% rosavins and 2% salidrosides – a precious ingredient.

Rhodiola rosea is an adaptogenic plant: it contains a rare natural complex substance that helps the body to adapt to the various stresses it undergoes, whatever their origin might be. Adaptogenic plants bring a functional and variable response to the individual; they tend to increase the body’s homeostatic capacity.

Rhodiola rosea is one of the plants recognised for its effectiveness in restoring natural equilibrium to the human body. It strengthens health and physical wellbeing thanks to its adaptogenic properties.
Rhodiola rosea is one of the most powerful herbaceous plants with adaptogenic properties and one that can best help combat stress and psychophysical fatigue.

Specific natural ingredients to fight against stress and fatigue

Originally from Siberia and China, Rhodiola rosea contains a precious substance, Rosavin, which acts on the body to reduce fatigue, which is indubitably harmful for the body. The effects of Rhodiola are seen most of all at a mental level. It reactivates brain activity so much so that it is recognised as being ideal for use during periods of heavy mental workload and exams.

A scientific study conducted over four weeks assessed standardised SHR-5® extracts from Rhodiola, which have been shown to dramatically improve the psychophysical balance of the subjects who underwent the test after a long period of fatigue and stress. It was shown that cortisol levels were lowered and concentration increased.

A plant with powerful adaptogenic capacities

More generally speaking, Rhodiola rosea is known for its benefits in terms of longevity, stamina, libido and memory, as well as muscular adaptation to exercise. Today, it is attributed definite adaptogenic properties and the capacity to facilitate mental work and psychophysical adaptation.

Although Rhodiola does not possess aphrodisiac properties as such, it is often found associated with other plant extracts due to its adaptogenic properties, which improve physical stamina.

The notification of placing on the market of this product has been made under notification number PL 2081/25.

Any help with swollen prostate ?
For prostate problems, it is recommended Prostate Formula.