L-citrulline helps you to improve your sport performance ! 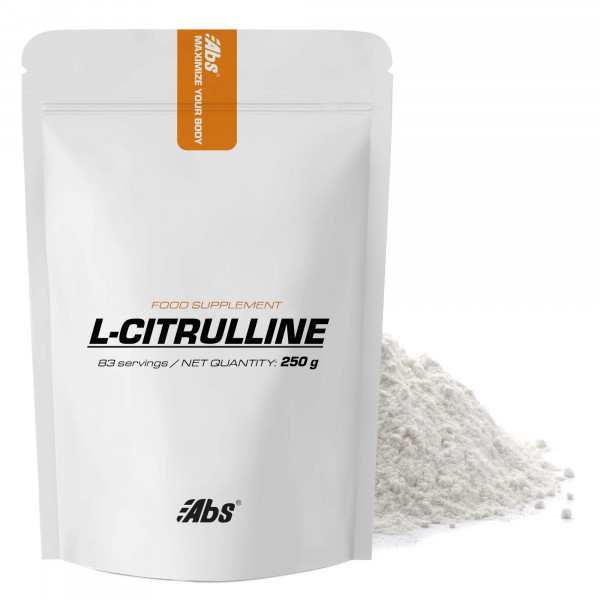 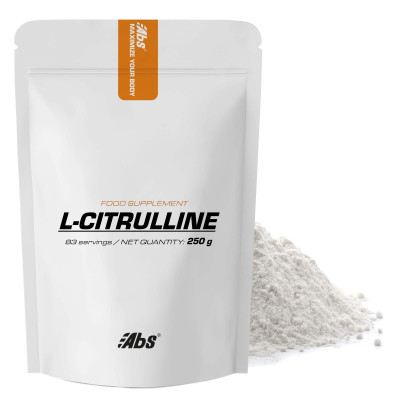 L-citrulline is a non-protein amino acid involved in the synthesis of nitric oxide, an intermediary molecule in vasodilation, increasing blood flow and muscular oxygenation.

It is a powerful precursor of the amino acid L-arginine, from which nitric oxide is produced. However, L-citrulline has greater bioavailability and is more efficient in increasing arginine levels. In addition, it does not have the annoying digestive problems that excessive doses of arginine can cause.

Improve your athletic performance with our vegan-friendly L-citrulline powder!

L-citrulline is a non-protein amino acid involved in arginine synthesis. Nitric oxide and L-citrulline are synthesized from the amino acid L-arginine and through the action of an enzyme (nitric oxide synthase). Nitric oxide is an intermediary molecule in vasodilation and regulates different functions in skeletal muscle, such as glucose intake, blood flow and contractile function1.

Various studies have shown that continued L-citrulline supplementation increases the synthesis of nitric oxide, reduces blood pressure and may increase peripheral blood flow. This has been linked to an improvement in skeletal muscle oxygenation and performance during resistance exercise5.

Finally, citrulline may also help avoid exercise-induced central fatigue in combination with BCAA and arginine6. It has been found that both L-citrulline and L-arginine may reduce the accumulation of ammonia (which is linked to physical exercise and can induce central fatigue) by increasing the synthesis of urea and nitric oxide3.

Mix 3 g of powder (1 measuring spoon) with 250 ml of water, before exercise. Use a shaker to prepare, then leave to stand for a few minutes.

The active ingredient content is guaranteed through regular tests.

To develop and tone the muscles