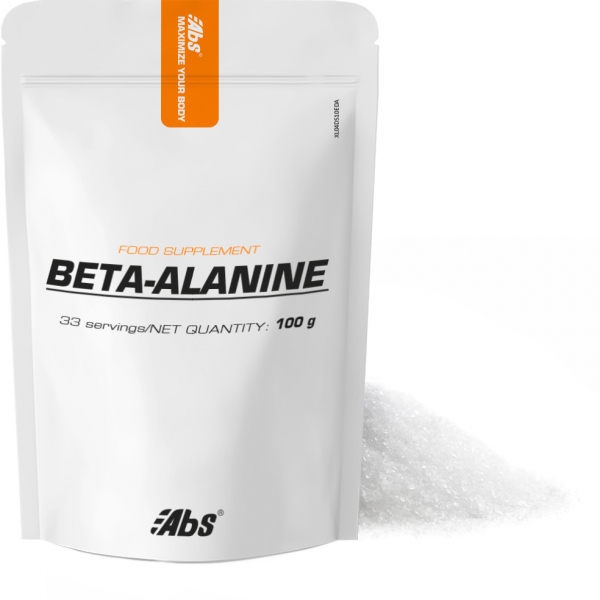 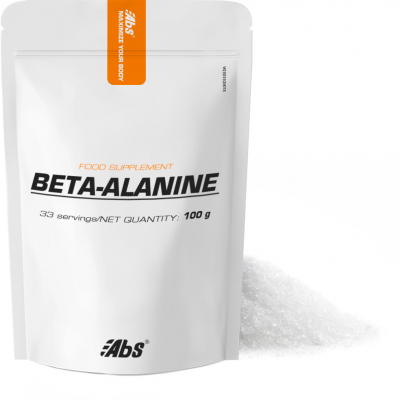 When performing anaerobic exercise, there is a decrease in muscle pH that leads to the onset of fatigue and decreased sports performance.

To combat this decrease in pH, molecules such as carnosine act as pH buffers during high-intensity physical activity.

Carnosine is a dipeptide made up of beta-alanine and L-histidine. Through supplementation with beta-alanine, muscular concentration of carnosine increases, promoting improved sports performance and anaerobic capacity. Discover the ergogenic potential of our BETA-ALANINE powder!

To combat the decrease in pH, the body has pH buffers such as carnosine (beta-alanyl-L-histidine), which captures the protons responsible for acidity. Carnosine is a dipeptide made up of L-histidine and beta-alanine (2), which, in addition to buffering pH, also has antioxidant properties that contribute to its anti-fatigue effect (3).

Finally, several studies have shown that prolonged supplementation with beta-alanine produces a significant improvement in anaerobic capacity in athletes (1). In a study in which beta-alanine was administered to athletes over 24 weeks, an increase in carnosine levels was observed, as well as an improvement in capacity to perform high-intensity exercise (4).

Consuming a beta-alanine above a certain dose can cause paraesthesia (tingling sensation in the skin, numbness)* (3) in the 60-120 minutes after taking it (1), and it is therefore recommended that daily intake be divided into three doses and accompanied with food.

This food supplement is manufactured in accordance with GMPs according to current pharmaceutical standards. (GMPs are the Good Manufacturing Practices of the European Pharmaceutical Industry).
The active ingredient content is guaranteed through regular analyses that can be viewed online.

A combination of diuretic and detoxifying plants