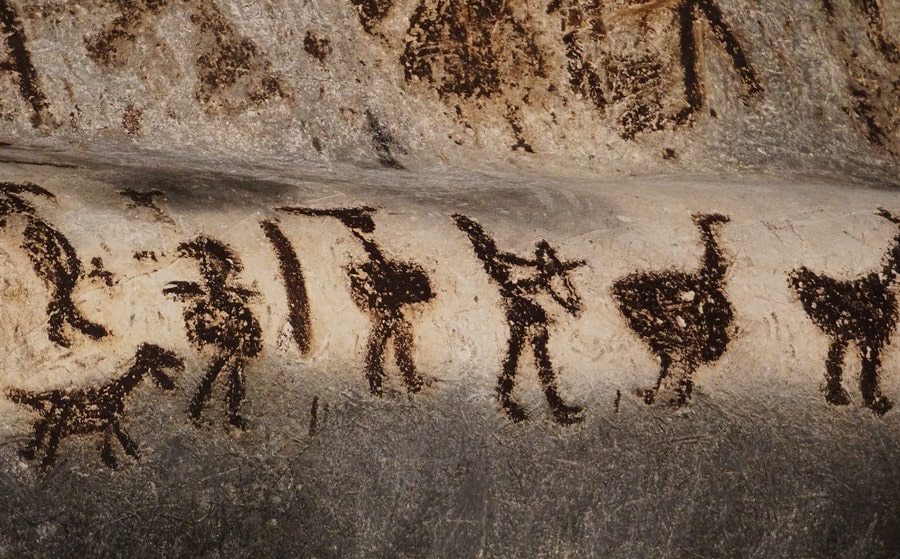 When man was strong and healthy

The more we yield to progress, the more our bodies demand a return to source.

The industrial era heralded an increase in various pathologies, such as autoimmune and chronic diseases (1). The WHO reports that more than 300 million people worldwide suffer from depression, an increase of more than 18% in 10 years (2). In 2016, obesity affected 41 million children aged under five, 340 million children and adolescents aged 5 to 19, and 1.9 billion adults (3).

The pace of Western life has led to problems that did not concern our ancestors: how to overcome stress, prevent an overly sedentary lifestyle, satisfy emotional needs and eat properly.

Since time immemorial, humans have sought a healthy and balanced diet. Hippocrates, the father of medicine, recommended that ‘food be your first medicine’, and this advice has become an adage confirmed by recent scientific research.

In the 1970s, Dr Walter Voegtlin, backed by his experience in gastroenterology, believed that human beings could only achieve optimal health by following the diet of our earliest ancestors. In his book The Stone Age Diet, he explained how the human genome has adapted to foods consumed over the centuries. Our DNA does not know how to interpret certain modern ingredients and additives, such as those present in pre-cooked dishes (4). This is why Dr Voegtlin proposed a diet that is as identical as possible to that of humans living in the Palaeolithic era (a period that began 2.5 million years ago and ended 10,000 years ago).

The basic principles of the paleolithic diet

There is no recipe book from this era to tell us! Simple common sense, and studying bones uncovered from the era, has led to the conclusion that after millions of years of following the diet of monkeys (fibre-rich raw plants), Hominidae began to eat meat, raw at first, then cooked after the discovery of fire about 400,000 years ago (5).

The diet proposed by Dr Voegtlin, given the name ‘paleolithic or paleo diet’, followed the lifestyle of nomadic humans who subsisted by picking fruit, hunting and fishing.

Since 2002, the paleo diet has been endorsed by many scientists. One is Loren Cordain, a scientist working at the University of Colorado, who in his book The Paleo Diet writes that it is the diet that ‘we are genetically programmed to follow’ (4). This argument was taken up by Dr Jean Seignalet, who argued in his book L’alimentation ou la Troisième médecine that no other animal consumes milk, cooked foods, refined sugars or unadulterated oils in adulthood (1). These ingredients are, however, widely consumed in our modern diet.

So what nutrients should we consume to preserve our health?

The basic principles of this ancestral diet are:

The paleolithic diet is therefore rich in animal proteins (meat, eggs, shellfish and fish), unsaturated fatty acids, such as omega 3, and fibre from fresh fruit and vegetables.

Research has looked at the effects of the paleo lifestyle on the body (6-8).

For example, following comparison with a dietary programme designed for type 2 diabetes sufferers, one study concluded that the paleo diet improves feelings of fullness and aids weight loss (7). These results have also been confirmed with regard to the Mediterranean diet, provided vitamin D and calcium deficiencies in the paleo diet are fulfilled (9).

Another study, this time conducted on patients with a metabolic syndrome (set of physiological signs that increase the risk of hypertension, type 2 diabetes and cardiovascular diseases). After two weeks of the paleo diet, the various risk factors improved significantly (10).

By avoiding consumption of pre-cooked foods, the body absorbs more potassium than sodium, which promotes the well-being of the heart and kidneys (11).

We could talk about the benefits of healthy eating for hours! But did you know that after six months of following the paleo diet, your taste buds can then detect the artificial flavours in sodas and fast foods that we too often consume, proving that their chemical ingredients are not suited to our evolution? (11)

After studying the principles of the paleolithic diet, Anastore has developed an ideal snack for maintaining vitality between meals: CRO® bars, which only contain fruits – ­dried fruits and red fruits – with no preservatives or artificial flavours.

Very popular in the Middle East, dried figs and dates are naturally rich in energy and fibres, vitamins and minerals (iron, calcium, etc.) These fruits are beneficial to nerve and muscle function.

Cranberries, raspberries, and blackberries are the red fruits with the highest vitamin, mineral and antioxidant content. To create our energy bar, they have been freeze-dried. This dehydration process ensures optimal and long-term conservation of their properties.

By bringing together these natural ingredients that adhere to the principles of the paleolithic diet, our CRO® Paleo Bars are a healthy and natural snack with a gourmet flavour reminiscent of fig bread, an ancient recipe rich in fibres and monounsaturated fatty acids.