The invaluable anti-ageing benefits of Turmeric

Everyone is familiar with curry, the quintessential dish in Indian gastronomy. However, few know that this spice [PH1] and its recipe, can have varying ingredients, just like the composition of the condiment used, which is in fact a mixture of different spices (1).

If there is one spice it must always contain, it is turmeric, with its distinctive flavour and powerful yellow-orange colour. Obtained after drying and milling the rhizome of Curcuma longa, this spice is not just a key culinary ingredient, but also a vital health ally.

To understand how turmeric acts, we must first describe what it combats: oxidation.

Certain factors, such as stress, intense physical activity, an unbalanced diet, and even oxygen, contribute to the presence in our body of molecules that only have one atom instead of two: free radicals. The loss of this elementary particle causes a chain reaction that leads to the degradation of molecules. Free radicals can cause premature ageing: hormonal disturbances, DNA attacks and the onset of cardiovascular, inflammatory, rheumatic and oncogenic diseases (2).

When the presence of these oxidative substances is greater than a cell’s defence capacity, it is called oxidative stress. To maintain a balance that is favourable to the body, it must be provided with elements capable of preventing attack, or even the formation of free radicals: antioxidants (2).

The plant world is an inexhaustible source of antioxidants. A healthy, varied and balanced diet provides many these free radical inhibitors. The ORAC (Oxygen Radical Absorbance Capacity) index is used to measure the antioxidant value of each food.  This measurement method has, for example, identified turmeric’s high antioxidant value: 159 277 μmol TE/100 g, i.e. 10 times the value of a walnut or almond (3).

The main bioactive compounds of turmeric are polyphenols, curcuminoids, including curcumin, the main enhancer of its taste (4).

Also known as diferuloylmethane, this antioxidant has various properties: 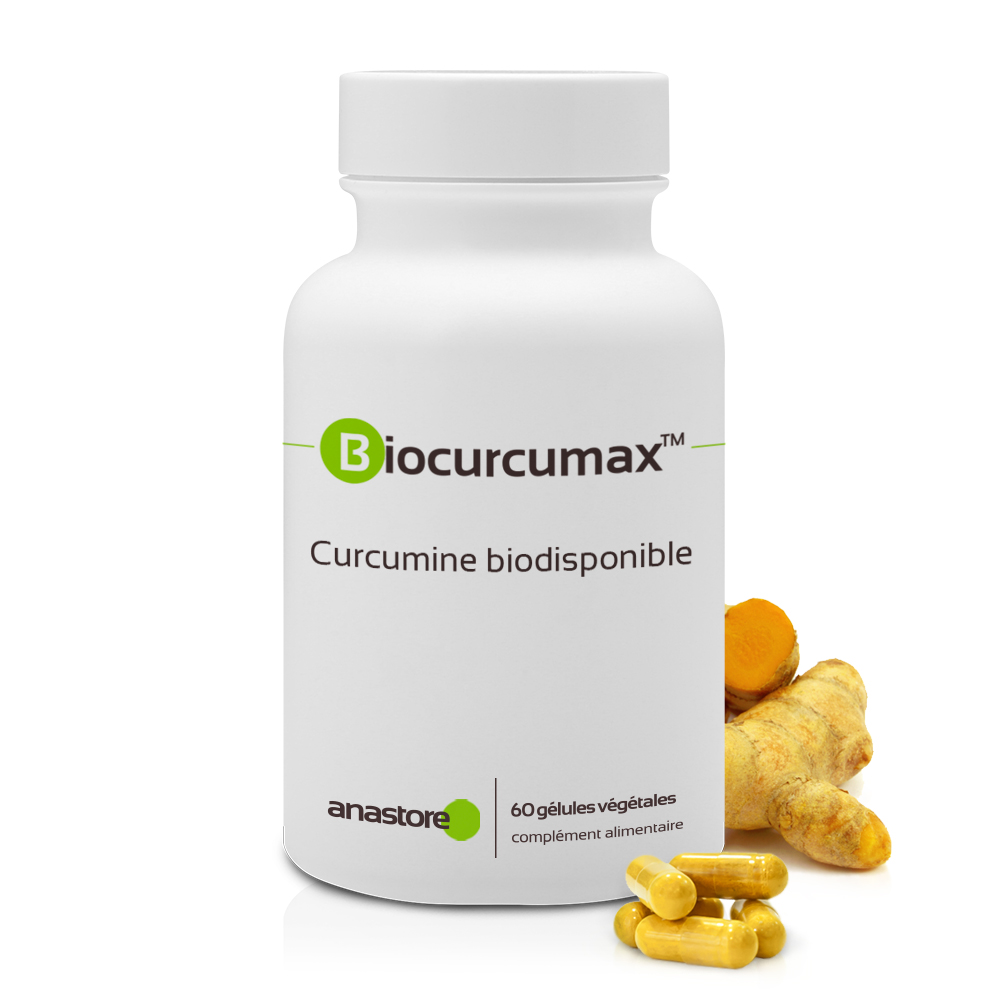 Curcuminoids have a major problem: their low bioavailability. With low solubility, they are metabolised before they can be absorbed by the intestines. This is why it is often recommended that you combine turmeric with black pepper (Piper nigrum) or long pepper (Piper longa), whose piperine acts in synergy with polyphenols.

At the cutting edge of progress in herbal medicine, Anastore offers an easily bioavailable curcumin that does not have to be combined with piperine: Biocurcumax™.

100% natural and patented, Biocurcumax™ is an extract standardised to contain 95% curcumin, which stays in the blood for more than 8 hours, an exceptional duration of action.

Hyaluronic acid, the molecule capable of slowing down the signs of ageing

There is no fountain of eternal youth. But if ever there were claims to this lofty title, hyaluronic acid would be one of the strongest candidates.  It is this substance, particularly when obtained naturally and with high purity and concentration, that is capable of slowing down the ageing process, especially in joints and skin. And this is something that cannot be said of many natural molecules.

Acerola is a fruit well known for having a high concentration of vitamin C. Discover how to consume acerola and its beneficial properties. What does acerola contain?

Look beyond the food hype on social media, and the celebrities who say they consume it every day to be fabulous, and you will see that the supreme nutritional properties of this distinctive green tea powder called Matcha green tea are genuine.