What is CBD? Properties of legal and non-addictive CBD oil

While this compound is not always immediately associated with its medicinal use, you can soon see why it is increasingly linked to physical well-being. It is known to have beneficial effects, with applications for various diseases and ailments.

Cannabidiol or CBD is a compound extracted from the flowers and leaves of the Cannabis sativa L. plant. This plant is widely known thanks to some of its subspecies such as marijuana and hemp. However, industrial hemp is the species that is currently legal.

It is true that cannabidiol does have an effect on the nervous system, which is why it is defined by the word psychotropic. However, unlike other components of the Cannabis sativa L. plant, such as THC (tetrahydrocannabinol), cannabidiol does not have the same psychoactive effects that have earned cannabis the status of an illegal substance in many countries.

Properties and benefits of CBD

All the studies in recent decades have led to recent discoveries about the properties of cannabis and cannabinoids. Its wide variety of uses has prompted the search for a greater understanding of the plant’s chemistry, biology, properties and benefits.

Some of the most notable benefits of CBD that have been extensively studied by the scientific community are as follows:

One aspect of cannabidiol research looks at its potential application to skin-related problems. Inflammatory problems are caused by complex events within the skin cells.

Recent studies show that the Cannabis sativa L. extract standardised in cannabidiol, when used topically, may act as an anti-inflammatory agent. This could help heal wounds and reduce inflammatory processes2. These findings provide new insights into the potential effect of cannabis extracts for topical use against skin problems caused by inflammation, experts say. 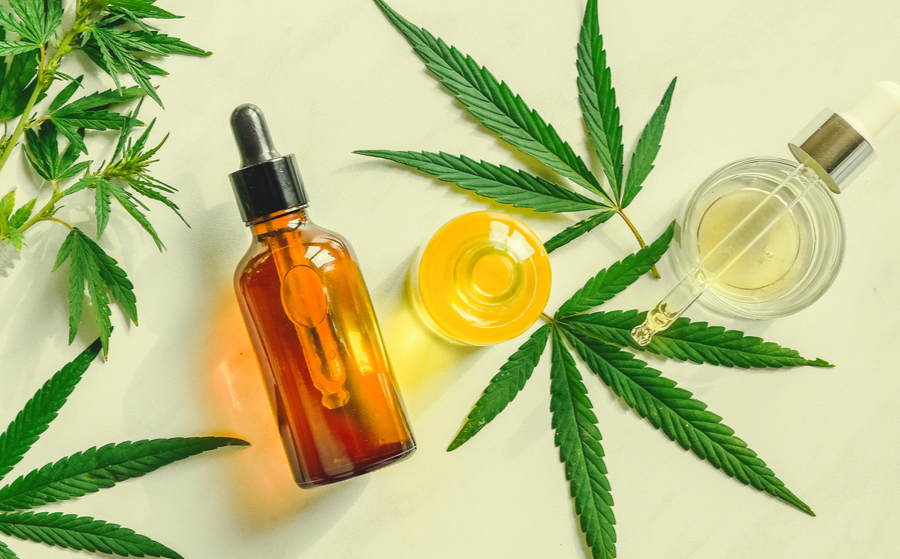 In addition, cannabidiol could be an effective component for inflammatory rheumatoid arthritis, as it has been shown in several studies to have potential anti-inflammatory effects, increase intracellular calcium levels and reduce cell viability and the production of harmful agents. CBD could therefore help people with joint pain and inflammation3.

Cannabis sativa L. has a long history of use, as mentioned above. Thanks to this, we know that CBD itself does not produce the typical behavioural effects attributed to cannabis and is not considered to be responsible for the psychotropic effects that some components of this plant can produce.

As data on the therapeutic potential of CBD are abundant, we also know about its potential as an analgesic, acting on neuropathic pain, inflammatory pain and osteoarthritis. Recent studies indicate clinical applications of a drug derived from Cannabis sativa L. containing CBD and THC, and their results provide hope for the successful use of CBD in the future4.

Cannabidiol as an anxiolytic

In recent years CBD has also attracted growing interest for a variety of neuropsychiatric disorders. In particular, it has been shown to help in the treatment of generalised anxiety-related disorders, panic disorder, social anxiety disorder, obsessive-compulsive disorder and post-traumatic stress disorder when administered acutely5.

The evidence seems to support CBD’s anxiolytic role with considerable potential for multiple anxiety disorders, although further studies on the chronic effects and chronic dosage of cannabidiol appear to be needed.

Cannabidiol for the skin

As shown, this component of the Cannabis sativa L. plant can have a marked effect on skin health and a positive influence on atopic dermatitis, acne and hypopigmentation6.

Cannabidiol also has benefits for seborrheic skin, exerts antioxidant action and regulates skin inflammation in topical pathologies such as psoriasis7.

To help people suffering from any of the above ailments, Anastore offers a natural anti-inflammatory CBD Oil for topical use. This product contains 5% and 15% cannabidiol concentrate and organic hemp seed oil.

This organic hemp seed oil is obtained through cold pressing while faithfully preserving its Omega 3, 6 and 9 polyunsaturated fatty acids, together with CBD isolate with a guaranteed purity exceeding 99 %. This Anastore product is manufactured by the HÉVÉA laboratory, experts in natural cosmetics, and is free from THC, heavy metals and pesticides.

As of April 2021, it is completely legal to market CBD extract oils anywhere in the European Union.

CBD is legal, but it is not legal to recommend it for use as a food supplement. It is therefore illegal to sell CBD for oral consumption in Europe until how it is regulated has been decided. It should therefore be used topically and applied to the area of the body where it is needed.

No, CBD is not addictive. The plant from which CBD concentrate is extracted not contains THC (Tetrahydrocannabinol). THC is the psychoactive component of cannabis, as well as being the component that can be responsible for producing a sensation of increased appetite, and for its negative effects on short-term memory.

THC-free CBD is therefore very useful, as it brings great benefits without causing any addiction for those using these oils.

Hemp oil with CBD from the HÉVÉA laboratory is not only THC-free, but also contains no heavy metals or pesticides, making it the best option for those who want to enjoy the benefits of CBD while taking care of their health and the environment.

Contraindications or side effects of CBD

So far, scientific research has reported no serious health problems linked to CBD use. However, when used by people with epilepsy or psychotic disorders, symptoms of tiredness, diarrhoea and changes in appetite were reported.
CBD can also affect how other medications work, so make sure you tell your doctor about everything you take, including vitamins and supplements.

History of cannabidiol use

The Cannabis sativa L. plant is an herbaceous species of the Cannabaceae family, originally from the Himalayan mountains in Asia. The species was first classified in 1753.

The percentage of CBD and other compounds depends largely on the variety and can even exceed 40% of the extract from this plant. This data was first recorded in 1940 at the Hebrew University of Jerusalem in Israel.

The plant from which cannabidiol is derived has been cultivated since ancient times and has been used throughout the ages as a textile fibre for the production of garments and industrial materials. It has also been used throughout history to create paper pulp in places such as Ancient Egypt. There is evidence of the use of hemp in this area as early as 1,353 BC, where it has been found in the tombs of the pharaohs. However, the plant is also mentioned in herbaria dating back to around 2,600 BC, and there is evidence to suggest that it may have existed as early as around 8,000 BC in Europe and Central Asia.

The oil extracted from hemp seeds, which do not contain cannabinoids, is also highly valued. This liquid is used in the cosmetics industry, in food, or as a fuel. Once the oil has been collected, the seeds are still used in animal feed, leading us to believe that the plant was highly prized in times gone by, given the variety of uses it offered.

In addition, as already mentioned, the cannabis plant is also well known for its ability to generate psychotropic effects. For this reason, some cultures have identified it as a source of mystical, spiritual and experiential trances, such as in India, where it plays a role in rituals.

In Western antiquity, the Greek historian Herodotus mentioned this plant in the 5th century BC. At the time, it was also known as a plant intoxicant.

The Arab people have also been familiar with this plant and its effects since ancient times. The Venetian explorer Marco Polo indicated that they were using this plant in the 13th century.

Science is now looking for more medicinal uses of Cannabis sativa L. and its components, in particular cannabinoids, which have been the subject of extensive chemical and biological research for almost half a century. This was aided by the discovery of the chemical structure of its main active component, THC, which is mainly produced in the plant’s leaves and flower buds.

As well as THC, there are also non-psychoactive cannabinoids with various functions, such as cannabidiol (CBD), cannabichromene (CBC) and cannabigerol (CBG), along with other non-cannabinoid constituents. More than 560 components of cannabis have so far been identified1.