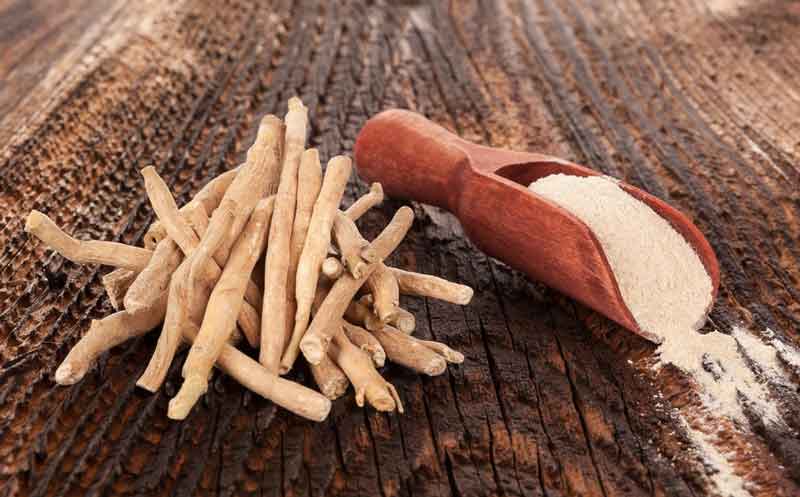 Sleep is the only way the body can recover its physical and mental abilities. An adult should be sleeping six hours a night (2). Sleep disorders therefore have disastrous consequences, ranging from weight gain to depression, and increased pain (1).

Ayurveda, traditional Indian medicine, has for more than 3,000 years prescribed consumption of an amazing plant as a natural remedy for sleep disorders.

Native to Pakistan, India and Sri Lanka, this plant from the solanaceae family can grow up to 1.5 m tall. Its Sanskrit name translates as ‘smell of horse’, a reference to the plant’s aroma (3).

Its other names reveal its main medicinal properties, which may seem contradictory. Its Latin name, Withania somnifera, evokes its sedative action, but it is also known as ‘Indian ginseng’ for its toning properties (4).

How can the same plant enhance two inverse functions?

Because of its adaptogenic properties. Like Rhodiola rosea and Panax ginseng, ashwagandha balances the body in stressful situations. It also helps to soothe during acute tension, or instead to stimulate during depressive episodes. This is why Ayurveda uses ashwagandha root to regulate immunity (7) and improve sexual function (8), two functions that are negative affected by stress.

The natural solution to sleep disorders

The latter contribute to its anxiolytic and antidepressant properties (4).

One study highlighted its potential hypnotic action, thanks to the modulation of the GABAergic system (11) (gamma-aminobutyric acid (GABA) being the main neurotransmitter that decreases nerve activity and enables memorisation and sleep). In addition, ashwagandha root reduces levels of tribulin (marker for anxiety) in the brain and stabilises mood (12).

Various studies have compared the action of ashwagandha with that of known drugs. Taking a standardised extract of this plant has an anxiolytic effect similar to that to that of lorazepam (3,13), a molecule used to treat anxiety, and an antidepressant effect identical to that of imipramine (4,9).

While some sleep aids or anxiolytics on the market may cause memory loss or be addictive, ashwagandha does not have these drawbacks. Quite the opposite. Its root protects the central nervous system (5) and its main withanolides have been studied for the treatment of Alzheimer’s disease (14). Its relaxing and calming properties promote a restful sleep that will impart renewed daytime vitality. 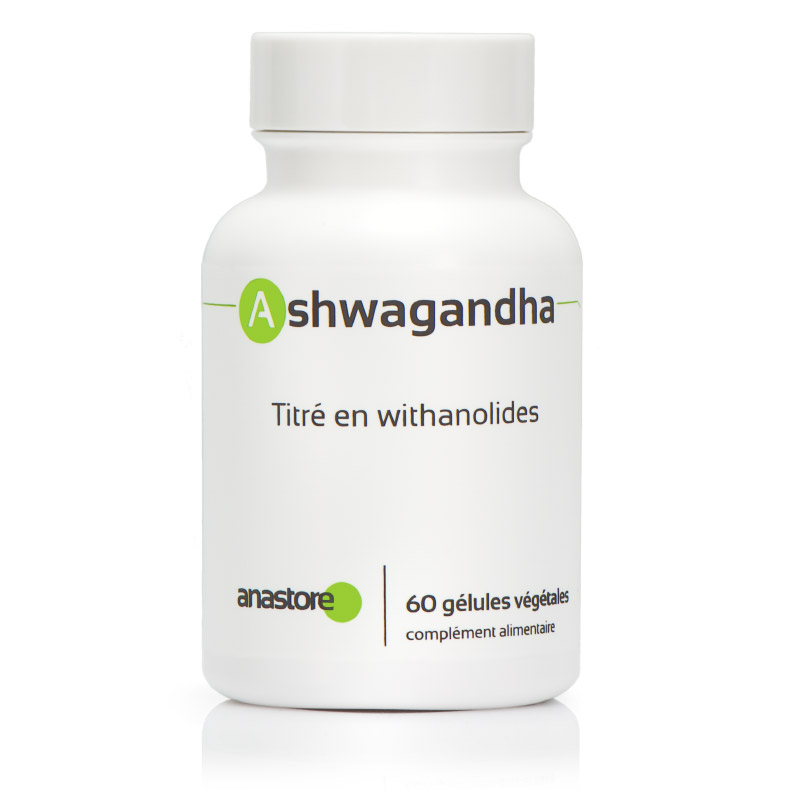 We are interested in the wisdom of Ayurvedic traditional medicine, which has been recommending the use of ashwagandha to treat anxiety and insomnia for thousands of years

Because the effectiveness of this plant lies in its withanolide content, Anastore has developed a root extract standardised to contain 5% of these compounds from triterpene lactones, for proven soothing, antioxidant and adaptogenic effect, and action on the immune system.