Although saffron is certainly much more popular as a spice or seasoning for food than as a health-promoting agent, it has been used in Asian culture since ancient times to alleviate various ailments.

Saffron is obtained from the stigma of the Crocus sativus L. plant after it has been dried and properly treated. It is widely used as a culinary ingredient and spice, especially in Arab countries, as it increases the colour, flavour and aroma of food and dishes.

But because some of its components are also used to address various ailments, we can incorporate it into our diet as a food supplement.

Here are four of the main benefits of saffron:

One of saffron’s best-known functions is its ability to contribute to emotional balance1. This is because the components of the so-called ‘red gold’ aid relaxation1 and help you sleep better1. In this sense, it helps to maintain a positive mood1 and to reduce tension and worry1, resulting in the ability to maintain a balanced emotional state.

Scientific studies support the beneficial effects of one of the most important components of this plant, crocin, on people who have trouble with their emotional balance and who may need help to maintain their mood.

Scientific work was carried out on 34 people with this profile. Participants were randomly assigned to the control and placebo groups. Those in the control group each received 30 mg crocin and the other group received a placebo for eight weeks. Emotional balance was assessed at the beginning of the study and at the end of week eight, and blood samples were taken from the subjects before and after. The result was that emotional imbalance decreased significantly in the group that received crocin, but not in the placebo group, and the difference between the two groups was statistically significant. The conclusion was that at a dose of 30 mg per day for eight weeks, crocin was shown to reduce emotional imbalance.

The components of saffron help to maintain joint mobility and flexibility1. This characteristic may be linked to joint problems, inflammation or fatigue.

3. Helps to alleviate symptoms of the menopause

Menopausal symptoms experienced by women can vary and some may suffer from severe symptoms that affect their quality of life. However, these symptoms can be alleviated by taking a supplement containing saffron components1.

One option is to take a combination of Crocus sativus L. extract with other components of tribulus terrestris, ginger and cinnamomum in capsule form. The efficacy of such a mixture was demonstrated in a scientific study that showed its effectiveness in alleviating menopausal symptoms6. 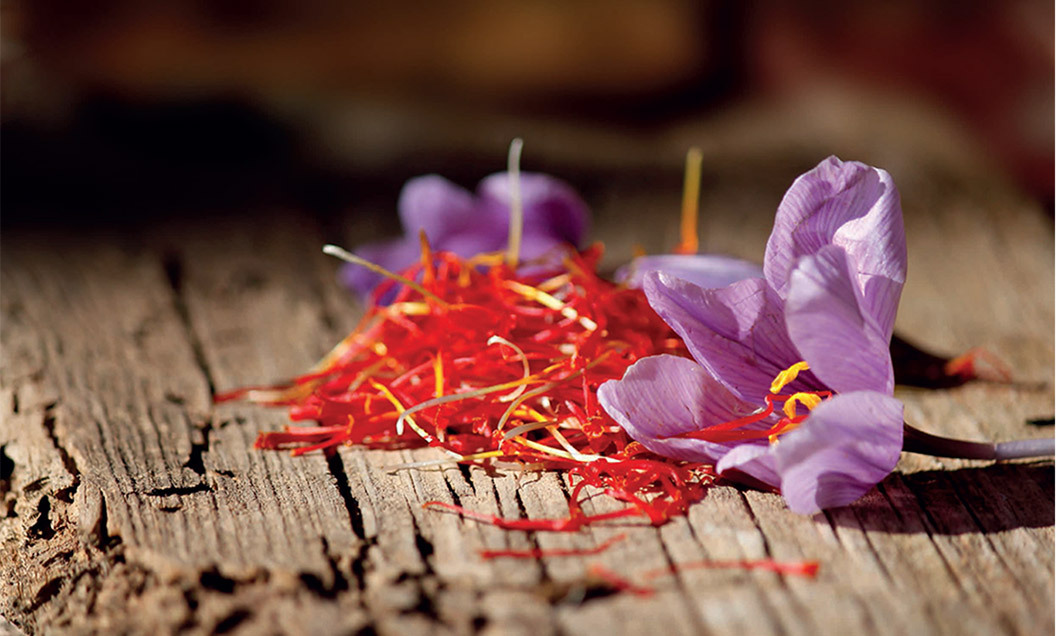 Saffron has also been shown to help postmenopausal women who may suffer from symptoms of emotional imbalance or hot flushes. In addition, the components of Crocus sativus L. cause fewer side effects, and saffron is therefore presented as an alternative, non-hormonal herbal option for women going through this stage of life7.

4. Helps to relieve discomfort before and during the menstrual cycle

The results of recent studies led by the Departments of Gynaecology, Obstetrics and Psychiatry of the Tehran and Zanjan Universities of Medical Sciences indicate the efficacy of saffron in helping to maintain a healthy premenstrual state8.

In a trial involving women aged 20-45 years with regular menstrual cycles and with experience of Premenstrual Syndrome (PMS) symptoms for at least six months, saffron was found to be effective in helping to relieve discomfort from PMS symptoms.

Several of the women were randomly selected to take saffron capsules of 30 mg/day and the other group of women received placebo capsules over two menstrual cycles. Through this study, the authors concluded that saffron can be used as an alternative, confirming that saffron helps to maintain a healthy state before and during the menstrual cycle9.

Saffron as a supplement

A saffron supplement could be a necessary and beneficial aid for people experiencing a period of low moods, problems with joint flexibility and mobility or difficulties during menstruation or the menopause.

The saffron in Anastore capsules comes from Jiloca in the province of Teruel (eastern Spain), where this plant has been cultivated since the Middle Ages using a traditional, manual production process, with great care taken at every step. It all starts with the careful selection of saffron strands, as they contain a higher concentration of active ingredients than other similar products on the market.

For this reason, Anastore’s Organic Saffron food supplement is of high quality and is certified by the Aragonese Committee of Organic Agriculture, CAAE.

The origins of saffron and its active components

Crocus sativus L. is a plant belonging to the magnoliophyte division of the iridaceae family. It can be found in central and southern Europe, North Africa and western Asia. It is a perennial plant with a hard bulb. It grows at ground level, without a stem, and has beautiful flowers with mauve petals and 3 long, deep red stigmas.

Crocin is a carotenoid unique to saffron and is formed from another carotenoid, carotene. Saffron also contains several acids: oleic acid, linoleic acid and linolenic acid, among others.

We know that the Crocus sativus L. plant was introduced to the Iberian Peninsula by the Arabs, though it was used in Europe and the Mediterranean Basin thanks to visits made to Eastern countries by the different peoples who inhabited these lands over the centuries.

One of the ways this plant and spice arrived was along the famous Silk Road, which includes several Asian countries, where the plant has been known since ancient times.

In Spain, the crops currently grown in the autonomous regions of Castilla-La Mancha, Catalonia, Valencia and Aragon are the most notable plantations, and some producers have the designation of origin.

Saffron’s high value led to it being introduced to other parts of the world, such as Italy, around the 14th century. In Italy, the region of Abruzzo is one of the most renowned areas of the country for its production of the ‘red gold’, with its own designation of origin.

The saffron flower: harvesting and tradition

Saffron flowers are generally harvested between the second half of October and the first half of November, although this may depend on the climatic conditions of the area where they are grown, as this influences the flowering period. After this process, the flowers are plucked or ‘peeled’ – the name given to the process of extracting the precious red stigmas. 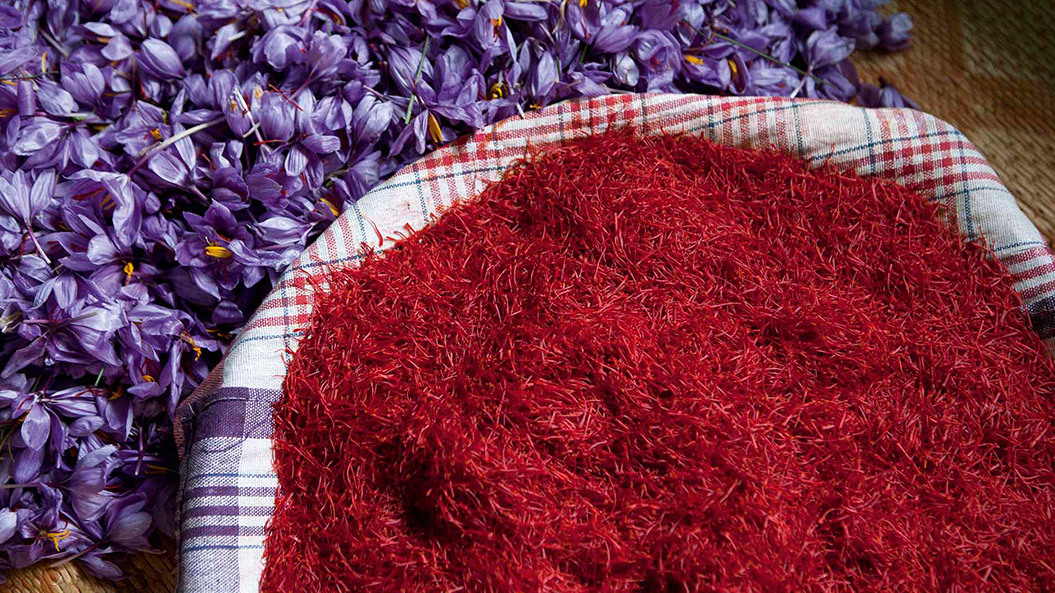 The stigmas are then dried in special devices. This process determines their moisture content, aroma and colouring strength, which is why this step is so important for the quality of the saffron. The experience and tradition established over the years in each area and each plantation have a critical influence on this. The saffron is then stored, protected from humidity, and later packaged. Until it goes to market it is kept away from light and humidity at an ambient temperature of 25 °C.

Hypericum, or St John’s Wort, is a plant that helps to maintain emotional balance and general wellbeing, among other benefits. Discover these benefits for yourself!