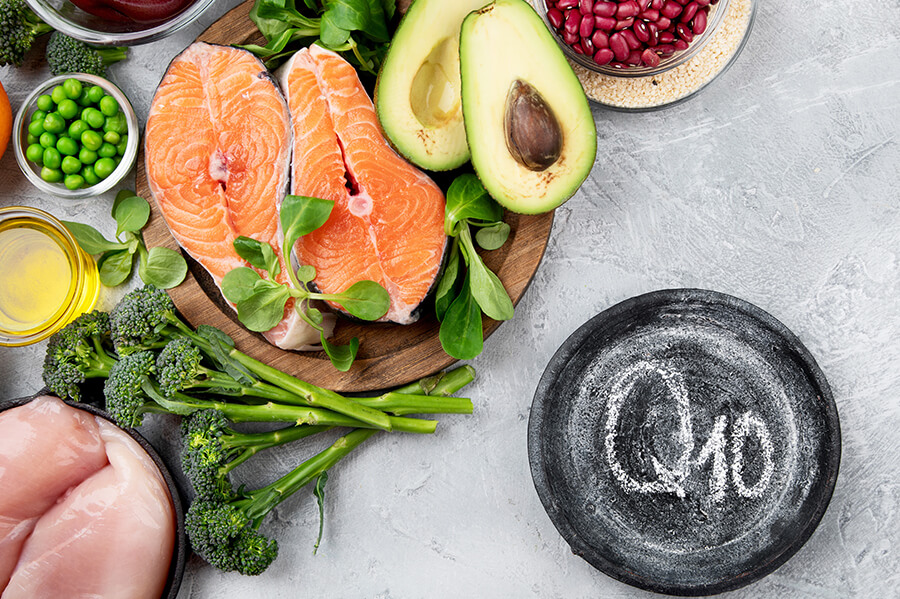 Coenzyme Q10 (CoQ10, Q10) is a molecule generated naturally by our bodies. Mitochondria, organelles that form part of our cells and generate the energy needed to power those cells’ activity, play a fundamental role in that task. CoQ10 is naturally present in the human body, with the highest levels in the heart, liver, kidneys and pancreas1.

Because CoQ10 performs important functions in the body, and because people with certain illnesses have lower levels of this substance, researchers have been interested in finding out whether CoQ10 could have health benefits1.

This molecule is now very frequently used in anti-ageing cosmetic products, which certainly neutralise the so-called free radicals that cause age-related damage2.

But Q10 also has another key mission: it is part of the electron transport chain that gives our body energy2.

Although Coenzyme Q10 is produced naturally by our body, its levels decrease as we age. That’s why it’s important to maintain an optimum level of this molecule in the body. 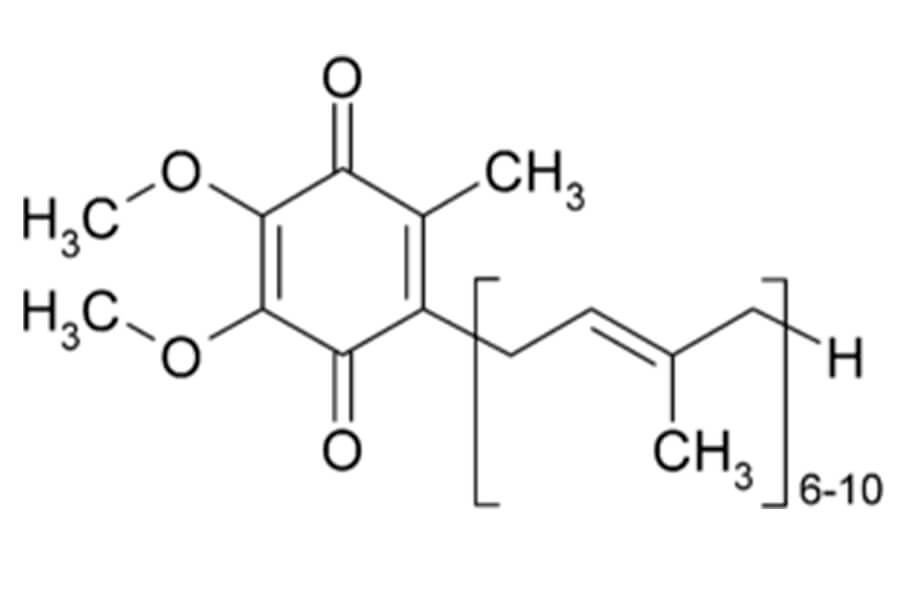 What happens when we have low levels of Coenzyme Q10?

In humans, a lack of adequate levels of CoQ10 can trigger a variety of bodily problems, including several complaints and an increased risk of suffering from certain diseases. The potential use of coenzyme Q10 supplements, whether alone or in combination with other pharmacological therapies, can help improve certain complaints, including heart complaints, mitochondrial disorders, and weight-related problems, among many others2.

Crucially, CoQ10 also plays an important role in boosting the immune system and physical performance. This is because the tissues and cells involved in immune function are highly energy-dependent, and therefore require an adequate supply of CoQ10 to function optimally2.

The human body contains a perfect balance of different components, in which Coenzyme Q10 plays an extremely important role. The main properties of Q10, a lipophilic substance, include its function as an energy factory, contributing to the synthesis of ATP through the mitochondrial respiratory chain. It is also involved in other biological processes, such as preventing cell ageing and oxidative damage, which are linked to energy and performance. Finally, it plays a key role in the immune system, as the cells required to keep it functioning well have intensive energy requirements.

Although this coenzyme is generated naturally by the human body, we can also obtain it from other sources, such as food:

Most people get enough CoQ10 from eating a balanced and varied diet, but supplementation could be useful for people with specific health conditions.

Dietary supplements are available to boost and guarantee adequate levels of Q10 in the body.

One of these is called Coenzyme Q10 by Anastore, containing Coenzyme Q10 (ubidecarenone). This supplement has a guaranteed purity of over 98% and the molecule has been obtained from natural yeast fermentation. Its main indications are for the heart, immune system and muscle function. The recommended dose is one 40-milligram capsule per day with half a glass of water at mealtimes. Or alternatively one 100-milligram capsule per day, depending on your desired goal.

Another Anastore supplement containing Ubiquinol (Coenzyme Q10) is Ubiquinol Coenzyme Q10, which contains 30 capsules of 100 milligrams each. The recommended dose is one capsule per day. This dietary supplement is produced through an exclusive process of natural yeast fermentation, patented by the company Kaneka™, that enables high absorption by the body. These sector leaders produce a coenzyme Q10 that is identical to the one synthesised within the body. Importantly, taking this supplement does not prevent or reduce the body’s natural endogenous production of CoQ10.

Hyaluronic acid, the molecule capable of slowing down the signs of ageing

There is no fountain of eternal youth. But if ever there were claims to this lofty title, hyaluronic acid would be one of the strongest candidates.  It is this substance, particularly when obtained naturally and with high purity and concentration, that is capable of slowing down the ageing process, especially in joints and skin. And this is something that cannot be said of many natural molecules.