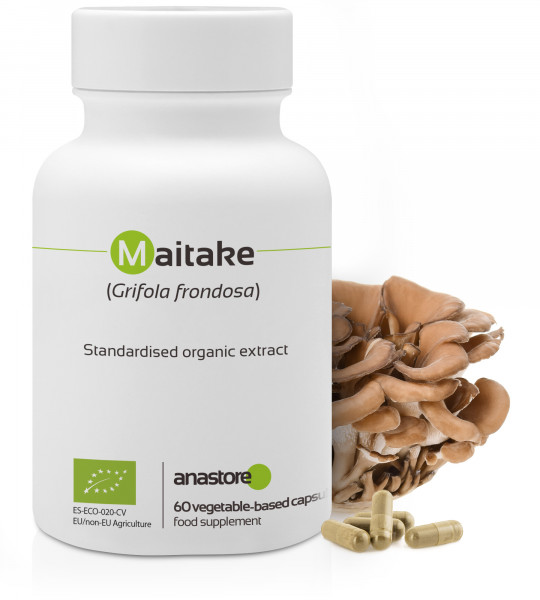 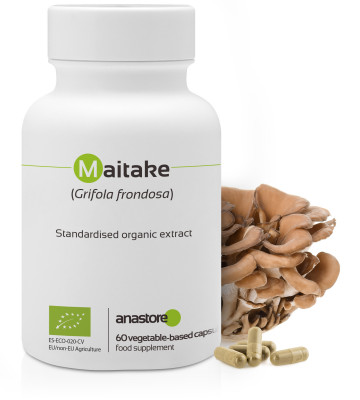 Maitake (Grifola frondosa (Dicks.) Gray) has been one of the most prized mushrooms in Japan for thousands of years. It is consumed as food and has valuable properties due to its bioactive compounds.

Rich in nutrients, maitake contains polysaccharides and beta-glucans. These compounds have immunostimulatory properties and help to lower blood glucose levels.

Maitake, grifola or leafy polypore (Grifola frondosa (Dicks.) Gray) is a basidiomycetic fungus used as food as well as in traditional medicine in China and Japan1. Large in size, maitake grows as a cluster of overlapping layers at the base of trunks or roots of oaks, elms and other trees. It is found in northeastern parts of Japan and also in temperate forests in Asia, Europe and eastern parts of North America2.

A mushroom used in the East for thousands of years, the scientific name of maitake (Grifola frondosa (Dicks.) Gray) refers to the griffin beast of Greek mythology – half lion, half eagle, while frondosa, means “leaf-like”. In Japanese, mai means to dance and take means mushroom (“dancing mushroom”), because its appearance resembles a butterfly dancing, and because it is said that when people found it they began to jump for joy. It is a very valuable mushroom and it is said that in feudal times it was worth its weight in silver2.

2 capsules per day divided into two doses with half a glass of water, at mealtimes.

Not recommended if pregnant or lactating women. Do not exceed the recommended daily dose.