The 10 main benefits of ginger

Ginger is a widely used plant worldwide. According to the European Pharmacopoeia, the active part of the plant consists of the rhizome (underground stem) of Zingiber officinale Roscoe, which contains at least 15 ml of essential oil per kg of dried plant.

In China, ginger has been known about since at least the Zhou dynasty (eleventh century BC to around 221 BC)2, while in India its use dates back over 3,000 years. It was one of the first plants exported from the east to the west. In addition, Pliny the Elder, the first century AD Roman writer and soldier, cited the properties of ginger in his work ‘Natural History’1.

The first description of ginger was provided by doctor, pharmacologist and botanist Dioscorides in his masterpiece On Medical Material. Published in the first century AD, Dioscorides describes over 600 plants in the work’s five volumes. The author gives ginger the following characteristics2:

’Ginger is a peculiar plant, growing for the most part in Trogodytica and Arabia: the green part of it is used for many purposes, just as we use rue, boiling in drinks and mixing into boiled dishes. It is small rootlets, like the roots of the cyperus, whitish, peppery tasting, and fragrant. Ginger can be usefully eaten, and often mixed into sauces. It has the virtue of being warming and digestive. It softens the belly slightly and is profitable for the stomach. It resolves impediments the obscure sight and is blended into medicines against poisons. In short, it has almost the strength of pepper.’

Since it was first discovered, ginger has been used as a natural plant to alleviate gastric problems5. These uses gave rise to multiple scientific studies that have confirmed its contribution to the immune system and its antioxidant properties.

1. Support for the immune system

Ginger root contributes to the body’s natural defences, supporting the body’s defence1. In addition, because of its activity within the inflammatory cascade13, ginger helps control the body’s response to inflammation11.

In ancient cultures, doctors focused on herbs to support the body’s immune system. Today, many societies use ginger and ginger products for immune system support3.

Ginger has been used for a range of different conditions, including those affecting the digestive tract. Data shows that this plant contributes to the normal functioning of the intestinal tract, to physical well-being, as well as healthy stomach function during early pregnancy5.

These effects could be beneficial in groups of symptomatic patients.

According to ESCOP (the European Scientific Cooperative on Phytotherapy), ginger can be indicated for nausea and vomiting caused by kinetosis, colloquially known as traveller sickness, because it usually occurs when travelling18. Ginger aids normal stomach function during travel6. 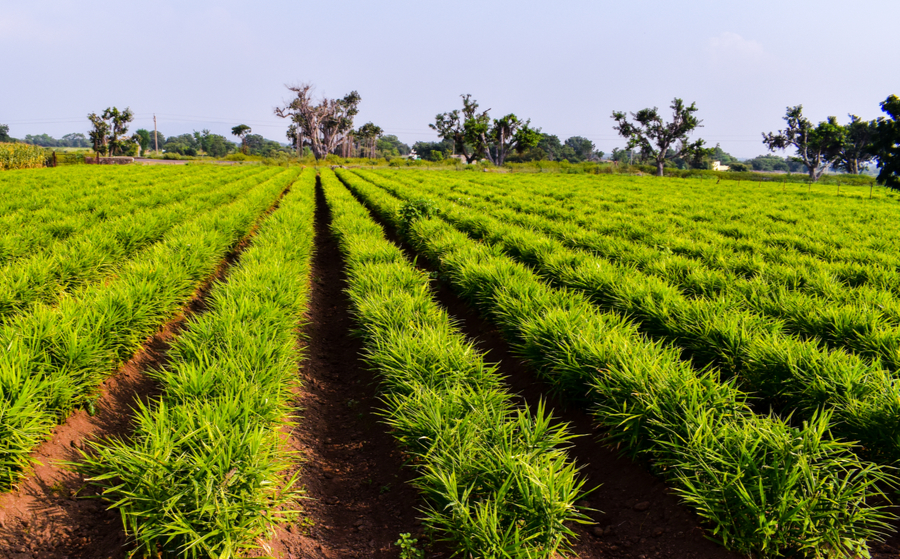 Ginger has long been used as a natural remedy for motion sickness. However, its mechanism of action is unknown. It is also recommended for the nausea often experienced in pregnancy, but always under medical prescription18. This is because it contributes to normal stomach function during early pregnancy5.

Some studies have focused on investigating whether ginger could help to counteract the nausea associated with sickness by decreasing the development of gastric arrhythmia and elevated plasma vasopressin19.

Joints are other parts of the body where ginger has been shown to have benefits. This plant contributes to joint mobility and prevents any stiffness that may be experienced on first waking in the morning7.

One study showed that a highly purified and standardised ginger extract had a statistically significant effect on reducing symptoms of knee joint wear20.

Other studies investigate the potential effects of ginger on pain and inflammation associated with certain conditions such as rheumatoid arthritis11, 21.

Ginger consumption helps to increase energy8 and is very useful in cases of fatigue. This is because it has stimulating and invigorating properties that contribute to fatigue resistance8.

During a controlled trial, ginger-separated moxibustion was observed to act on symptoms of fatigue and depression, and on sleep quality in people with chronic fatigue22. This is an important benefit, since fatigue is in many ways linked to sleep quality and depressive states in people who suffer from it22.

The balance between the oxidation process and the concentration of antioxidants is very important to the health of the body.

Scientific evidence shows that ginger has strong antioxidant properties in vitro and in vivo. The results indicated that ginger extract had significant uptake of superoxide radicals and lipid peroxidation24.

Ginger has been shown to help regulate inflammatory response11. Thanks to this action, consuming ginger helps promote the normal balance of inflammatory hormones11.

This inflammatory response happens because fresh ginger contains gingerol. This bioactive component is the reason several studies have referred to its many beneficial health effects, including anti-inflammatory effects25.

Scientific studies have confirmed that taking 4 g of ginger can promote the recovery of muscle strength after intense exercise15, thanks to its contribution to regulating inflammatory response.

Strength studies performed on the smooth muscle of human airways show that ginger could relax pre-contracted airways, depending on the dose26.

Thanks to its aroma, taste and texture, ginger can be used to make everything from infusions to cookies, and even dishes like ginger chicken or sushi.

Making a ginger-based infusion is quick and simple. Where powdered ginger is used to make the infusion, the recommended dose for adults is 0.5-2 g/day in a single intake or divided into several intakes. If consumed to avoid sickness and vomiting, it is advisable to consume 30 minutes before starting the journey27. 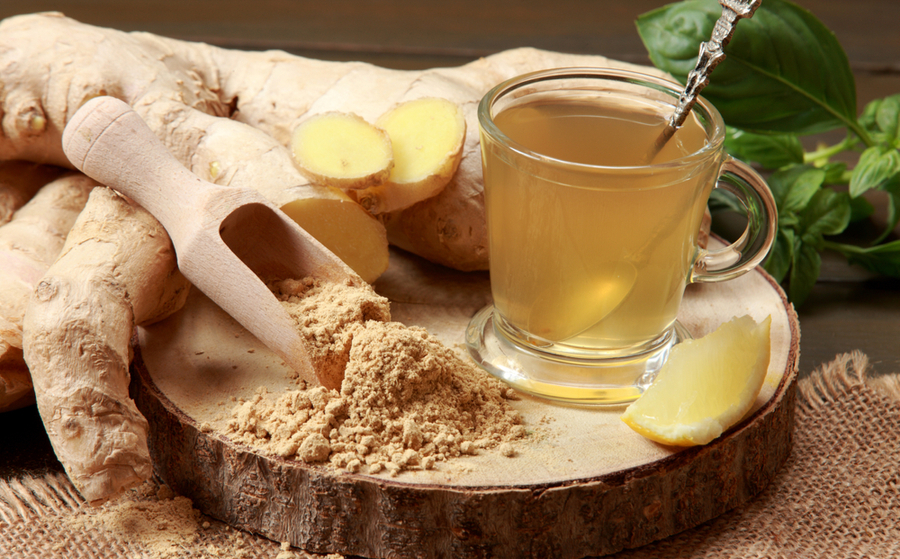 However, if ‘raw’ ginger is being used, chop the ginger into thin sheets before leaving it to stand for about 20 minutes in boiling water. After this step, allow the hot infusion to cool for a few hours and add small ice cubes.

These ingredients are for making ginger chicken for six people:

These ingredients are for making ginger and chocolate cookies:

Ginger consumption around the world

Ginger consumption tends to increase in the winter months, but it is being used more and more at all times of year because of its extensive benefits.

Ginger has seen one of the highest growths in production and consumption in recent years. Proof of this is the over 4 million tonnes of the plant produced worldwide in 201928.

The main exporting countries of ginger are India, China, Thailand and Peru. Peru has grown in the global ginger market in recent years to become the fourth global exporter of this plant, whose demand experienced a strong rebound in 2020 because of the increase in the consumption of healthy foods.

How to consume ginger

In capsules, powders or as essential oil, the benefits of ginger can be obtained in a variety of formulas.

Ginger can be used as a spice and in infusions of 0.5 g to 2 g daily. In addition, if ginger is consumed to prevent kinetosis (travel sickness), it should be consumed 30 minutes before starting the journey.

All Anastore products made from ginger are organically grown and are manufactured according to GMP standards. GMPs are the good manufacturing practice guidelines in force in the European food industry.

A table which includes all the trace elements and the role of each of them in the body.