Plants have been used since ancient times to treat a variety of ailments and illnesses. Although traditional Chinese medicine is known to be one of the most important phytotherapy-based practices, many cultures around the world have been using plants as remedies for discomfort, infections and illnesses.

In fact, the World Health Organization currently estimates that up to 80% of the world’s population uses native plants to treat health problems1.

Phytotherapy uses plants, fruits and vegetables as dry matter, or in the form of extracts, to maintain respiratory tract health. There are several plants that can help keep the respiratory system in good working order, and the benefits they can offer should not be overlooked. Let’s get to know them better.

The eucalyptus tree (Eucalyptus globulus) is a tree native to Australia that is now widespread throughout the world. The leaves, which contain a balsamic-scented essential oil, and the oil of eucalyptus are both highly valued for their soothing effect on the throat and mouth, and relief from throat and pharynx irritation2,4.

A study carried out in Israel  to investigate the effects of aromatic essential oils on patients with upper respiratory tract infections demonstrated the efficacy of an essential oil compound that included oils from two types of eucalyptus trees. Just twenty minutes after it was administered, patients began to feel an improvement in their throat and cough3.

The tradition of inhaling the steam produced by cooking eucalyptus leaves is well known. 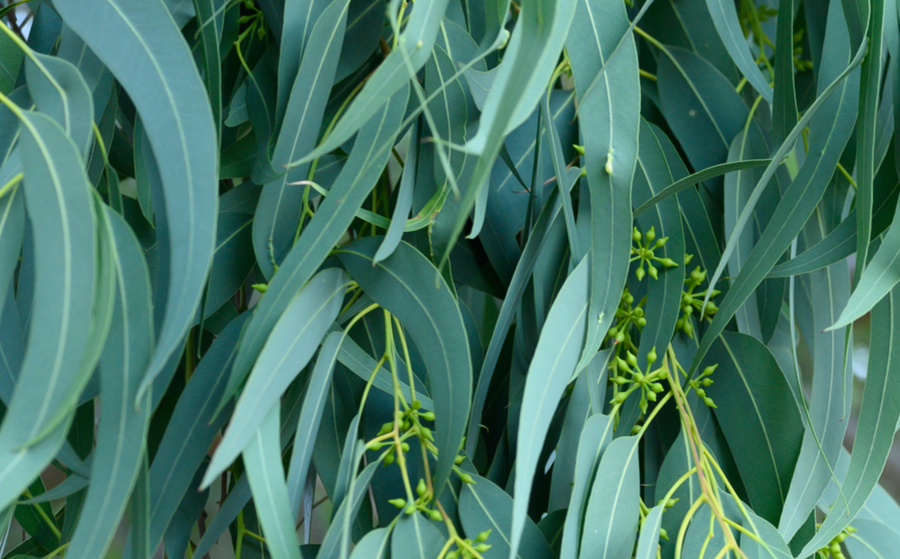 The effectiveness of eucalyptus comes from its eucalyptus oil, whose main compound is eucalyptol, a liquid that helps to soothe sore throats5.

Liquorice root (Glycyrrhiza glabra) is one of the oldest and most widely consumed plants in the world. Its respiratory health care properties are well known in traditional Chinese medicine. It is a beneficial plant for respiratory health. It contains over 20 triterpenoids and 300 flavonoids6.

Liquorice calms the upper respiratory tract and helps keep it feeling healthy, while helping to keep the airways clear7. Besides its effect on the respiratory system, liquorice root is used to aid digestion8.

Ginger (Zingiber officinale) is a highly valued root in Asia for its spicy taste. It arrived in Europe during the spice trade era but has been used since ancient times for its beneficial properties for the respiratory system and lungs.

Common mullein (Verbascum thapsus L.) is a plant that facilitates ease of breathing, acting as an anti-inflammatory for the airways10.

Although it is not a very well-known plant, it grows in dry soils and uncultivated land and is widespread in Europe, Asia, Africa, North America and the Himalayas.

In ancient times, Roman women used mullein to lighten their hair colour because its flowers contain a yellow pigment. In health, mullein had a calming effect on the airways10.

Besides mullein’s anti-inflammatory action on the respiratory tract10, it has the benefit of soothing an irritated throat and pharynx11.

In recent years, use of mullein extracts has increased, as has the quantity of research into the benefits associated with this plant. So much so that mullein extract can now be found in a variety of forms (leaves, dried flowers or capsules)12.

Where can I find these plants?

Plants beneficial for respiratory problems are now easy to find in specialist shops. The positive effects of these plants are not limited to the respiratory system, and can also have important benefits for the digestive and immune systems.

Anastore has a specific product for easing breathing10, Pro Respiration. Its components include mullein flower (600 mg), equivalent to 3g of flowers, and extract of acerola, a fruit rich in vitamin C that contributes to the normal functioning of the immune system13.

If you are looking for something with a soothing and pleasant effect on the throat, pharynx and vocal chords4, Melicinal honey & plants syrup contains eucalyptus essential oil together with other essential oils, honey and propolis.

Helping to maintain immunity14 is one of the benefits of ginger, a component in our Organic Ginger plant-based capsules produced from the organically grown  dry rhizome extract of this plant.

Entering the world of phytotherapy means discovering new applications and new uses for plants that we normally consume in culinary contexts.

The 10 main benefits of ginger

Ginger offers so many benefits, such as helping to relieve travel sickness and contributing to vascular health. We bring you the best recipes to enable you to consume ginger naturally in your day-to-day life.

A table which includes all the trace elements and the role of each of them in the body.