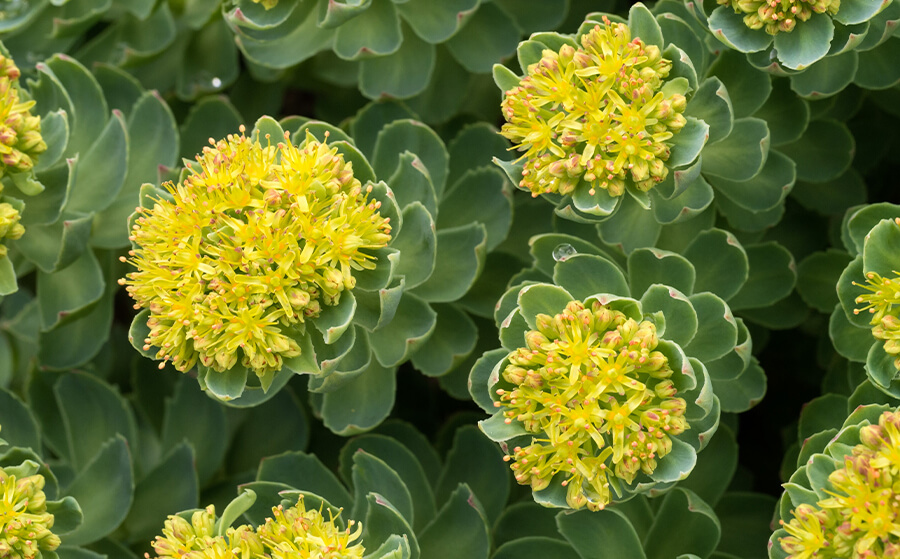 Need to improve your physical and mental performance? Discover how rhodiola can help you

Rhodiola (Rhodiola rosea L.) or ‘golden root’, is a popular plant in Eastern Europe and Asia that is renowned for alleviating feelings of depression1 boosting work performance1, and helping the body adapt to emotional and physical stress1.

The benefits of Rhodiola rosea have been linked to its capacity to act as an adaptogen1 that offers protection during physical stress1. In other words, it’s a substance capable of boosting the body’s general resistance to a variety of chemical, biological and physical stressors. These adaptogenic properties have mainly been attributed to glycoside salidroside, one of the bioactive compounds found in standardised extracts of rhodiola2. The chemical composition of this plant also includes rosavin. Its bioactive components have been researched for their beneficial effects on a range of ailments3.

What is Rhodiola used for?

Rhodiola rosea L. has been used in traditional medicine for centuries4. In modern times, we may wonder whether it is effective in certain situations, and whether there is scientific evidence of how it can help our bodies. And the answers are clear: its benefits in certain situations are scientifically recognised.

What are the benefits of Rhodiola?

The EFSA is currently evaluating whether Rhodiola rosea L. contributes to normal blood circulation5. This bodily function is important for several reasons, including mental performance5, which is why the European Food Safety Authority is assessing this plant’s contribution to optimal mental and cognitive activity.5. 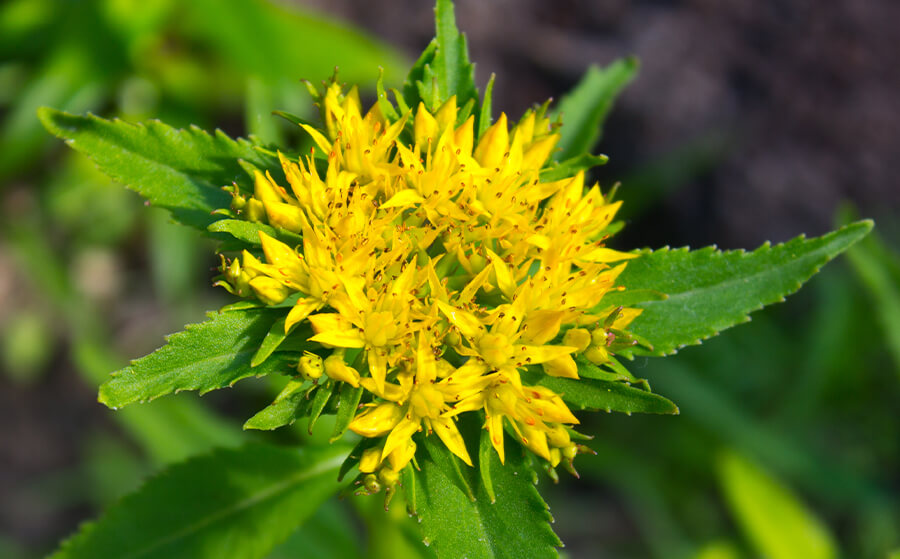 Scientists have even been investigating the potential efficacy of this plant’s extract for cases of ischaemic brain injury, which occurs when blood supply to a part of the brain stops briefly. Administering this compound reduces oxygen extraction by brain tissues, among other beneficial actions6.

Even if we’re not experiencing serious illness, sometimes our brain just needs help maintaining study or work performance1. This is the type of support we can get from a food supplement based on natural active principles of rhodiola, such as Anastore‘s product, which is standardised to contain 5% roasavins and 2% salidrosides, to boost optimal mental and cognitive activity1. Rhodiola Rosea capsules only contain dry extract of Rhodiola rosea L. root and the recommended dose is one capsule per day. This is a high-quality, natural product that does not contain allergens or genetically modified organisms. However, it is not recommended if you are pregnant or breastfeeding.

The active principles of this plant’s root, which have multiple benefits, can have positive effects on people who exercise regularly and need to improve their endurance7. With its plant-based antioxidant function for protecting cells7, it improves endurance in athletic performance.7 This explains why rhodiola is often called an ‘adaptogenic’ plant1 – a plant that helps to balance the body’s energy responses and withstand physical stresses7 that would normally negatively affect how it functions.

One study that used extracts of Rhodiola rosea L. root measured the protection provided to people with low levels of glutathione, a molecule found in cells whose function is to protect them from oxidation and other aggressions that cause it.8

The research also looked into this extract’s influence on antioxidant enzyme generation and concluded that the extract can help better counteract various oxidative stresses, which demonstrates very good antioxidant activity8.

One of the best-known actions of this multi-benefit plant is its effect on mental performance. This is why the natural components in this plant’s root have a beneficial effect on fatigue and headaches induced by emotional stress1. It also has benefits for sleep problems, lack of appetite, reduced work performance1, stimulating perceptiveness and improving mood1 according to pending assessments by the EFSA.

The benefits of Rhodiola rosea L. were also studied in a trial9 of people experiencing feelings of anxiety. For fourteen days, they were given an extract of this adaptogenic plant’s roots. The objective was to evaluate its action on feelings of anxiety, stress, and factors affecting mood. The trial9 identified a significant reduction in sensitivity to anxiety, stress, anger, confusion and depression, and a gradual significant improvement in overall mood.

One of the obvious symptoms of these ailments can be a headache. Although not always caused by diseases, headaches are very common in our society. This is why Anastore has developed its Headaches Formula with standardised plant extracts, including rhodiola, of 100% vegetable origin. The recommended dose is two capsules per day, and you are advised to consult your doctor if you are taking anticoagulants. It is not recommended if you are being treated with antidepressants, or if you are pregnant or breastfeeding.

Does rhodiola have more benefits?

The varieties of this alpine plant have been widely used by many civilisations since ancient times. Its main active components are prized for their antioxidant and cell-protective capacities7 and other adaptogenic capacities1.

The Rhodiola Rosea plant, pending EFSA assessment, helps to stimulate perceptiveness and improve your mental state1, which is why Anastore has developed its Pro Concentration formula with standardised extracts, including dry extract of rhodiola root and other components such as caffeine. Taking two capsules per day of this food supplement with Rhodiola helps to maintain the energy you need1. It is not recommended for children or for pregnant or breastfeeding women.

But rhodiola has even more benefits for the human body. It also helps to maintain healthy circulatory system function, which means that it promotes the transport of oxygen and nutrients to cells10, according to claims pending assessment by the EFSA, and it also normalises intestinal transit function11.

People in ancient times accumulated a lot of wisdom about the natural resources nature had given them. With modern developments in science and medicine, we have been able to identify the benefits of plants that originated in the rural lands they populated, and these continue to be used as health remedies today.

Hypericum, or St John’s Wort, is a plant that helps to maintain emotional balance and general wellbeing, among other benefits. Discover these benefits for yourself!