The most potent of foods, rich in proteins and in iron, for the recovery of health and energy 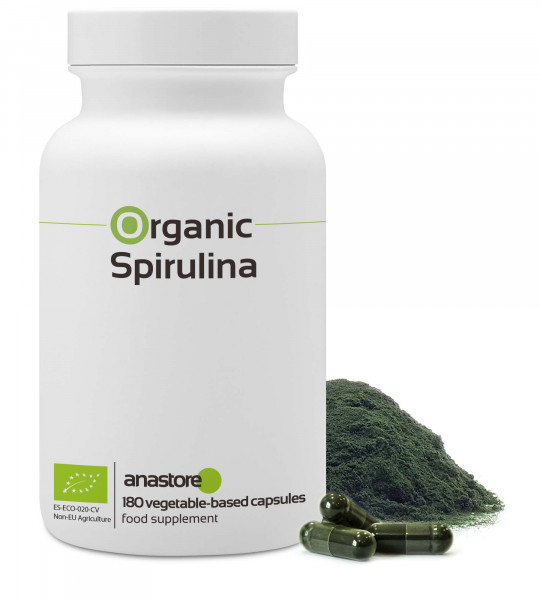 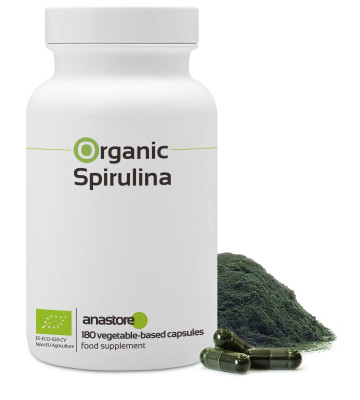 Our organic spirulina complying with Microbiological Criteria laid down by the European Pharmacopoeia. Guarantee maximum efficiency and safety.

This microscopic algae is made up of a top-quality food supplement, it's source of iron.

100% natural and organic, our spirulina contains more beta-carotene, iron, vitamin B12 and gamma-linoleic acid than any other food. It is as rich in vitamin E as wheat and as rich in calcium, phosphorus and magnesium as milk.

Spirulina is particularly effective in cases of anaemia, demineralisation and for the overworked. It gives back health, energy and vitality, and at the same time is very effective in detoxifying the body, fighting fatigue, combating stress and speeding up convalescence.

Low in calories, it regulates blood lipids and even promotes weight loss.

Our spirulina is cultivated organically, which preserves it against contamination from heavy metals or other pollutants found in seas.

A major source of protein, iron, carotenoids, vitamins, minerals and antioxidants, its high nutritional value will help you to recover your health.

Regarded as a “super food”, spirulina is a blue-green algae that we have known about for centuries. After harvesting, it is dried, taking on the form of a very fine, green powder.

When the Europeans landed in Mexico, they discovered that the Aztecs were eating a blue “mud” that they were drawing from lake Texcoco. This “mud”, known as tecuitlati, is in fact spirulina, a blue-green algae, which takes its name from its spiral shape.

Spirulina is a food with a low calorie content but a very high nutritional value. Its colour is therefore due to its phycocyanine content, the only natural blue pigment that can be used as a food colouring and to which is attributed a significant antioxidant activity and to the amount of chlorophyll it contains.

Spirulina contains carotenoids (for example beta-carotene), which are powerful antioxidants. It is also rich in iron and indeed other minerals. It also contains a very high level of vitamin B12 (three times that of the liver!). Spirulina has a low calorie content and is regarded as a “super food”. Its high iron content makes it a particularly significant food for all those suffering from anaemia, for example those who have adopted a vegetarian diet.

Several studies have shown that spirulina stimulates the immune system. Other effects can be attributed to it: it helps to regulate the level of blood lipids and, thus helps weight loss. What is more, it plays a part in detoxifying the body, fighting fatigue and more effectively combating stress. After an illness, it speeds up convalescence, enabling a more rapid recuperation.

It is a perfect supplement to a vegetarian diet.

8 capsules per day divided into two doses with half a glass of water, after mealtimes.