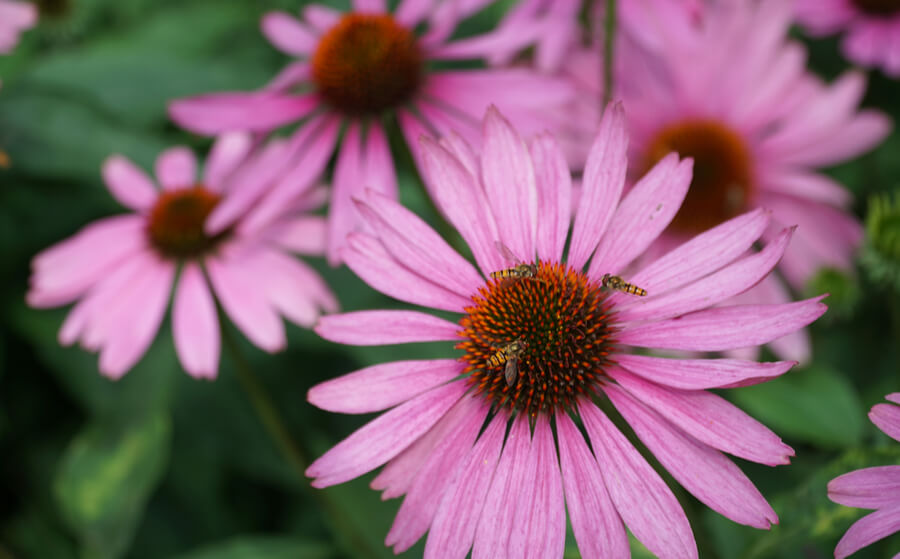 Have you ever made it through a winter without catching a cold? If only! Either way, it’s always useful to remember how to relieve your symptoms. A cold is defined as an upper respiratory illness that can affect the nose, pharynx and larynx. It is mainly caused by a type of virus called rhinovirus, although its origin can also be bacterial or allergic. It should never be confused with the flu.

What are the symptoms of a cold?

If you’ve ever had a cold, you’ll probably know how to identify one. These are the main symptoms:

These signs are most intense between the first and third day of onset and last for seven to ten days, although they can persist for up to three weeks.

Which plants help against colds?

Eucalyptus (Eucalyptus globulus Labill.) is probably the best-known tree used to treat respiratory ailments. It is native to Australia and New Guinea, is widespread and arrived in south-western Europe in the 19th century. It is used in the timber industry and the essential oil extracted from its leaves has properties that act as an adjuvant for chronic obstructive respiratory problems, relieving catarrh, colds and throat and pharynx irritation1.

Another application is inhaling the steam generated by boiling the leaves; no doubt eucalyptus vapours have been used in most of our homes at some point. The biochemical details that generate these benefits have been studied2 to corroborate its efficacy. Although other plant oils may be more active, the positive action of eucalyptus essential oil makes it an attractive alternative to pharmaceuticals.

Thyme (Thymus vulgaris L.) is a shrub native to the temperate regions of Europe, Asia and North Africa. It was known as early as in ancient Greece and in the Middle Ages. It is cultivated as an ornamental plant, to soothe ailments and also as a culinary condiment. In health, its use as a throat, pharynx and vocal cord soother has also been recognised3. Thyme has also been confirmed as soothing throat and pharynx irritation and as having a soothing and pleasant effect on the vocal cords4.

This is because some of its components help to clear potential bacteria from the throat and pharynx, as corroborated by scientists in a study on the role of traditional herbs in relieving sore throats5. The antibacterial activities of around 20 plants, including thyme, were evaluated, and several components of thyme were found to have a positive effect.

Mullein (Verbascum) may not be as well known, but it does contain active components. It is also known as candelaria or verbascum and you may have seen it on roadsides or in fields.

It has traditionally been used for lung problems, inflammatory diseases, asthma or coughs. Today we use the plant’s dried leaves and flowers, capsules, extracts and flower oil. It began to be used recently, supported by scientific studies6.

Anastore has included concentrated mullein flower extract in its Pro Respiration supplement, along with dried acerola fruit extract and N-Acetyl-L-Cysteine.

Elder (Sambucus nigra L.), is a shrub native to Europe, northwest Africa and Asia. It is common in the British Isles, where it grows in forests and is used in hedgerows. In the Mediterranean region, elder mainly grows in damp areas. It is a plant used for health remedies as well as being ornamental.

As for its effects on colds, its infusion has traditionally been used to soothe coughs and relieve tonsilitis. Extracts of elder bark, leaves, flowers, fruits and roots are also used as components of preparations to alleviate various conditions. Elderberry extract, for example, can be found in Anastore’s Melicinal Honey and Plant Syrup, in combination with other high-quality ingredients, and there is also a children’s version, Melicinal Kids. It is also available with zinc, which contributes to the normal functioning of the immune system (9) in the Melicinal Honey & Elderberry supplement.

Elder is used to ease respiratory comfort10. In addition, clinical studies of around a thousand adults showed that, within 48 hours of the onset of respiratory viral infection, elder-based remedies can reduce the duration and severity of the common cold and flu10. Their effect was examined over two weeks and proved positive in the first few days: the majority of participants, approximately 50%11 experienced a significant reduction in symptoms.

The components of echinacea purpurea are used to support treatments for colds and in upper respiratory tract infection therapies12.

In line with this claim, a large clinical trial13 evaluated how it performed against the common cold. Clinical application of this plant extract showed effective action over four months. In addition, its action was associated with a reduction in cold outbreaks, their duration and the number of cases requiring additional medication.

As for its effect as an adjuvant in therapies for recurrent upper respiratory tract infections, several studies have shown positive results in people who have consumed certain echinacea preparations. This backs up the claim that they can relieve cold and flu symptoms, and possibly other respiratory disorders14.

Anastore’s Echinacea Purpurea & Angustifolia food supplement includes dry extract of echinacea purpurea. When combined with echinacea angustifolia, this is effective during the cold season because it supports the upper respiratory tract15.

Now all you need to do is keep warm, take care of your nutrition and supplement your diet with natural plants that can help you carry on with your daily life during the colder seasons.

How to take vitamin D3

Many of us fail to maintain adequate levels of vitamin D3 in our bodies. Discover how to include vitamin D3 in your diet to help maintain good bone health and a healthy immune system.